Chalk up another win for Ivermectin.  This time it was Japan.  Like other nations with healthy vitamin D levels Japan did not have a problem with COVID.  Despite not having a problem Japan decided to go ahead with vaccinations anyway.  Guess what happened. 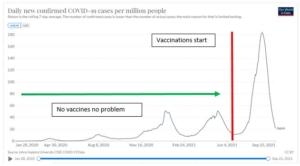 After nearly 2 years without a COVID problem cases started to soar.  Familiar story right?  The Jabs turn people in to walking COVID petri dishes.  The more people you jab the more super spreaders your create.

If this was Western Europe or North America the story would continue like this.  Government would immediately force people in to masks and unemployment.  The next several weeks would then be spent demonizing unvaccinated.  Once the public was sufficiently enraged vaccine passports would be implemented.  At no time in this process would there be any real attempt to treat people. 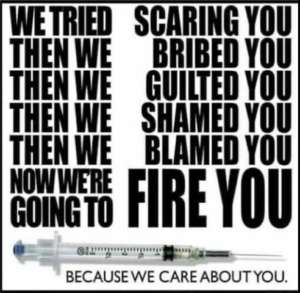 Thankfully for the Japanese their government had a different script.  For some bizarre reason the Japanese government and medical authorities had no desire to see their citizens suffer and die.  On August 13th they recommended using Ivermectin. 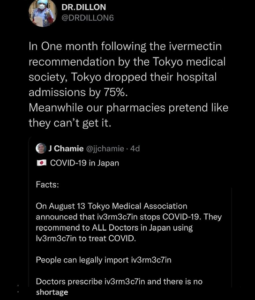 Within 12 days of this recommendation cases plummeted and Japan once again had no problems with COVID.  With Ivermectin the curve really can be flattened in 2 weeks.  That is precisely why we are not using it.  The evidence is mounting.  Western authorities are clearly guilty of mass murder. 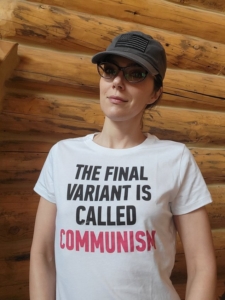