A large Ivermectin study involving 159,561 people has been completed in Brazil.  The study was not double blind so it will no doubt be ignored but it should not be.  In a double blind study volunteers are randomly placed in either the treatment group or the placebo group.  The participants don’t know what group they are in and the researchers don’t know either.  Both sides are blind hence the name. 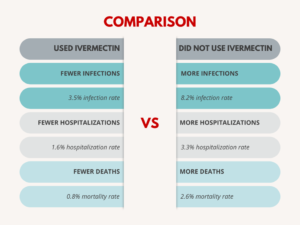 You can find an article about the study here.

The best news of all is that there are no known side effects from regular Ivermectin use.  You can’t say that about the vaccines.  In fact with each passing day we are discovering that Vaccine injuries are far more wide spread than we are led to believe.  This morning I read a testimonial of 2 American high school coaches.  Both coaches wish remain anonymous so unfortunately there is no way to verify their account but I also have no reason to doubt them.

First I need to explain that sports, even high school sports are wildly popular in the US.  Coaches at every level carefully track and monitor their athletes’ progress.  That puts them in a unique position to comment on the vaccines.  The have very detailed documentation of how their athletes performed both before and after vaccination.  These 2 coaches have found that every single vaccinated athlete is underperforming compared to their pre-vaccination performances.  The difference is not small either.  Vaccinated boys are now being outperformed by unvaccinated girls, something that would have never happened pre-vaccination.

The data that these coaches presented shows that the vaccine has harmed every single athlete that took it.  Vaccine injuries are not rare.  They are the norm and not the exception.  We need to stop this madness and turn to Ivermectin sensible countries have done. 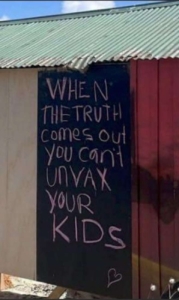 Subscribeto RSS Feed
Will this new Study be the Final nail in the COVID Vaccine Coffin?A Pandemic of Bureaucracy
Scroll to top