In 2019 the science and Engineering about masks was clear.  They are ineffective at stopping the spread of airborne viruses.  You simply cannot stop a 0.1 micron virus or a 1.5 micron droplet with an 80 micron filter.  You need to be ignorant or stupid to think masks would make any difference.  Unfortunately for civilization, in 2020 ignorance and stupidity made a big comeback.

For 2 years masks have been forced on almost everyone.  The CDC even claimed that masks were the most important of all the public health measures.  No one questioned why, if masks were so effective, that we need to stand 6 feet apart or close any businesses.  Thankfully stupidity is not uniformly distributed.  It tends to be concentrated in left leaning areas.

Canada tilts so far left we always fall in to stupidity; masks were mandated everywhere.  The US on the other hand still has pockets of sanity; some areas used masks while others were too smart for that.  So what happened?  Was the pre 2020 science wrong?  Were masks as magical as the CDC said they were?  Well of course not. 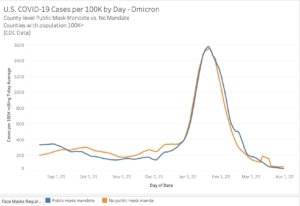 The science said masks would not work and they did not.  Go figure.  Apparently science does not change just because people prefer stupidity.

Misinformation and disinformation is Orwellian doublespeak.  When a leftist tyrant like Trudeau uses those words they are synonymous with truth.  Justin just said that he will not deal with media who insist on telling the truth.  In Trudeau’s Canada media that insist on the truth are persecuted.  Media willing to repeat government lies are rewarded with money stolen form tax payers.  When you turn on the evening news or pick up one of the larger daily newspapers in Canada remember that all of these organizations have a “Qualified Canadian Journalism License”.  That means that every one of them has agreed to suppress the truth in return for cash payments from the government.

The last 2 years have conclusively proven Canadians do not value truth even when it can be backed with science.  Our country is broken beyond repair.  The last straw was a moron with great hair and a famous name. 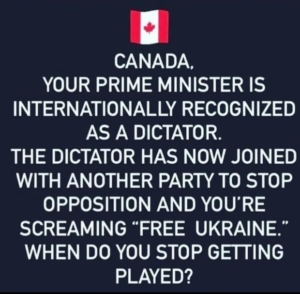