When the first lockdowns were imposed in March of 2020 I told everyone that we should oppose it.  I said “if we let them do it this time, they will do it again”.  Very few people were willing to listen to that message.  The consensus was that it really was just 2 weeks to flatten the curve.  I hate to say I told you so but we have now been locked down 4 times.  Unvaccinated people are permanently locked down and we are in lock down season (formerly known as cold and flu season).  It is only a matter of time before everyone is locked down again.

Why do we continue to let this happen?  Why will we not stand up?  Is there no line the government cannot cross?  I was reading a blogger this morning lamenting the same thing.  We continue to lose battles without even fighting.  His opinion was that we are losing this war because we have not set any objectives.  We have established no red lines that we are willing to fight over.  His opinion was that you cannot establish a red line or define victory if you do not know yourself.  He used this famous quote form Sun Tzu.

We obviously do not know ourselves or the enemy and that is why we have a perfect record of losing.  Knowing yourself means knowing what you value and what you do not value.  What is worth fighting for and what is not worth fighting for.  People think they know themselves but they do not.  If they did Vaccine passports would have never been accepted.

2 years ago if I said that we will soon need government permission to enter a restaurant, no one would have believed me.  I would have been told there is no damn way anyone would let the government do that.  Now people line up to present their vaccine passport.  The passport is nothing more than a permission slip issued by government.

It is also painfully obvious that we do not know our enemy.  Most people don’t even recognize who our enemy is.  The majority still think the virus is the enemy and government is here to help.  Nothing could be further from the truth.  A virus is just one more thing in our environment that we need to be prepared for, no different than a winter storm.  Far from helping, our governments have gone out of their way to make the situation worse.  Our real enemy is government.

The only difference between the climate and COVID crises is that Climate change is not manmade but this virus is.  Manmade or not the virus is still a virus and behaves as a virus.  Now that it has been released we cannot control it any more than we can control the weather.  We could have controlled the people who made the virus but since we failed to do that, here we are.

It is a problem that so many people do not understand that the government is our enemy.  Even fewer people understand the true nature of government.  After 2 years of tyranny, how can this be?  It is not like people have not been shouting warnings.  In the summer of 2020 Chris Sky clearly explained our enemy’s game plan.  He did not miss a single thing.  It is about time for more people listen to his message.

Had a video ever aged so well in modern history? @chrissaccoccia1 pic.twitter.com/BCeiF07PnG 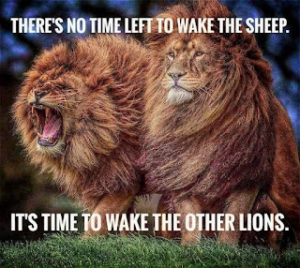 Subscribeto RSS Feed
Australia is Sifting Sewage to maintain the COVID Narrative.Lies are not just Fast, they are also Powerful
Scroll to top