Boris Johnson is destroying the UK one ping at a time

Remember when the “conspiracy theorists” predicted the next step in the communist takeover plan was supply chain disruption?  Well Boris got the UK there faster than anyone else.  Supply chain in the UK is failing because of mandatory quarantines for anyone with a positive PCR test.  There are over 25,000 new cases per day in the UK now. 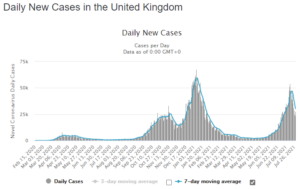 How could this happen?  After all the UK has one of the highest vaccination rates in the world.  Weren’t the vaccines supposed to save us from this great plague? 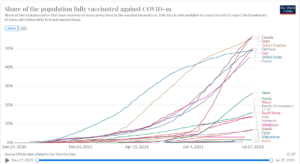 To any sane person the surge in cases would indicate the vaccines are not working.  Unfortunately for the British Boris is not exactly sane.  True to political form Boris is doubling down on something damaging that does not work.  The solution to vaccines that do not work is to have way more of them.

Mandatory vaccine passports: a shove, not a nudge — Institute of Economic Affairs (iea.org.uk)

“While liberty is very important” to us Brits, people sometimes need a little bit of coercion”.

In Great Britain the path to Liberty is paved with government coercion.  I must be stupid.  Until I read this I thought liberty meant something else completely.  I stand corrected.

So are the Vaccines really failing in Britain?  Maybe, but that is not what is causing this problem.  The UK is in the 4th wave of a PCR Pandemic.  Boris is testing 3 times more than anyone else right now. 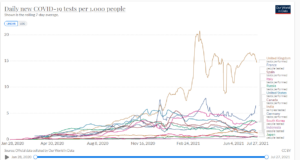 The UK is doing a ridiculous amount of testing.  The PCR test will lose its emergency authorization in December.  I guess Boris is trying to use up all the surplus stock.  It is summer and COVID is a seasonal disease.  A positive test will be either a false positive or a viral load so low the person will be neither sick nor contagious.  That is precisely why no one in Britain is dying. 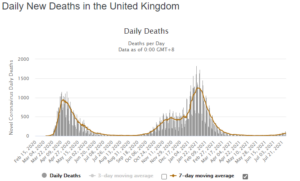 Shop shelves in the UK are empty because store clerks and truckers are not allowed to work.  These people are not sick or contagious but they are not allowed to work.  This is to protect the public.  When did forced starvation become public protection?  Once again I must confront my own ignorance.  I thought Stalin starved to death 8 million Ukrainian Kulaks because he was evil.  Now I know it was just for their protection.

I am tempted to say that Boris Johnson is intentionally destroying Great Britain but I know that cannot be true.  Boris is not smart enough to pull this off even by accident.  Boris is, however, stupid enough to go along with whoever is doing this.

The western world is being “led” right now by a circus of clowns.  Trudeau, Biden, Johnson, Macron, none of these men are smart enough to coordinate this.  Biden apparently can’t coordinate wiping his own ass, but is very happy when someone else does it for him.

Help me out here. WTF did Biden just say???

We need to find out who is wiping the asses of all these idiots before it is too late. 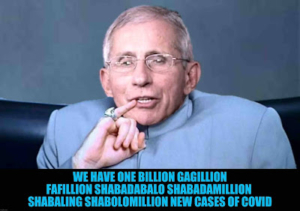 Subscribeto RSS Feed
The CDC Confirms PCR Tests Diagnose Influenza as COVIDThe Data is Clear, Lockdowns and the Politicians Who use Them, Kill
Scroll to top