There are two rumors circulating.  One is that the government will seize children and remove them from the Freedom Convoy, the other is that police are ready to step in and attack the protesters.

Separately both of these things are very disturbing.  Is the government position now that if you do not agree with them they will kidnap your children or arrest you?  Together these 2 rumors are ominous.  It looks to me that the government wants to get the children out of the way before unleashing extreme violence on the adult protesters.  Tear gassing children never looks good even on the CBC.

I have no doubt that Justin Trudeau wants to use violence.  He is a cornered animal.  Yesterday the first crack in his ranks opened when Quebec MP Joel Lightbound issued a statement condemning his own government and now this morning another Quebec MP has broken ranks. 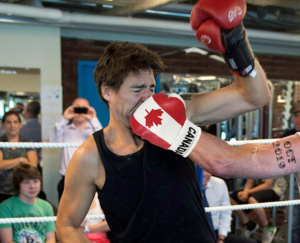 Not only is his own party in open revolt someone is apparently giving testosterone supplements to the conservative party.  Justin is getting slammed and mocked every day in parliament and it is conservative women leading the onslaught against Canada’s most famous Soy boy. 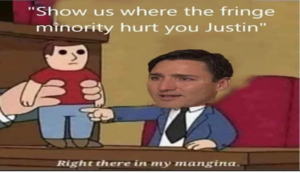 Justin always feigns moral superiority but even with the help of the media it just is not working.  All Justin has left is brute force and Canadians can expect him to use it.  Justin would never take the chance of confronting actual Canadians himself so he will send the police.  As I have been saying for months the police hold the keys to either freedom or continued Tyranny.  Any police officer who is ordered to charge the protesters with batons swinging should listen to the sage words of these 2 former officers. 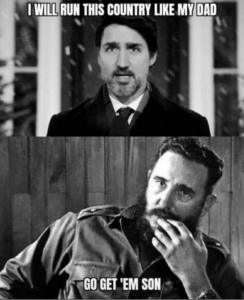 Subscribeto RSS Feed
Jason Kenney won’t let go of Control and can’t tell the Truth.Vaccinated Canadians should be angry, just not with the Unvaccinated
Scroll to top