I have posted a few times about the curious link between vaccinations and increasing infections.  The most startling example is the Seychelles.  The Seychelles is a small island nation.  They have the most aggressive vaccination program in the world.  In 2 months they vaccinated over 60% of their population. 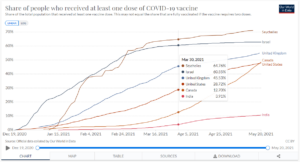 Before Vaccinations began the Seychelles had one of the lowest infection rates in the world.  This is common for island nations because their borders are easy to control.  After 2 seasons of COVID only 0.2% of their population had tested positive.  Since vaccinations have started infections have exploded.  9.9% of the population is now infected.  The Seychelles now have the 14th highest infection rate in the world.  This has all happened in 4 months.  No other country saw such a rapid rise in infection. 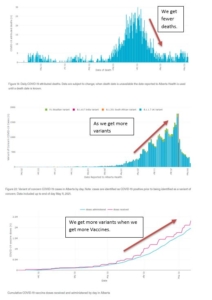 This link between vaccinations and infections is very problematic for politicians urging people to get vaccinated.  Officially the link does not exist.  The US claims less than 1% of new cases are in vaccinated people.  The UK has admitted that it is 7%.  This is too low to explain the surge in infections.  Yesterday I saw this article that might shed more light.

67% of the cases in this UK County had been previously vaccinated.  This is a tiny sample size and may not be representative but it fits the data better than the official story. 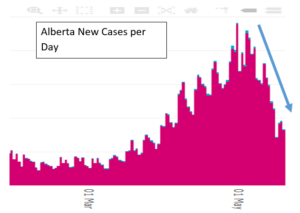 Unfortunately nothing has really changed.  This is just the result of the evil troll dramatically ramping down testing. 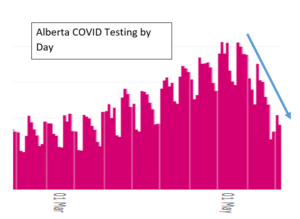 The Data did not fit the story so Jason Kenney changed the data.  The PCR test has been the primary tool for political data manipulation since the beginning.  When politicians want you to be afraid they ramp up testing.  When they want you to applaud their success they ramp down testing.  Are you tired of being played yet?