It is good to see a prominent journalist questioning the vaccine passports.  Unfortunately the only reason that he believes passports are unnecessary is because he believes so fervently in the vaccines.  Brian thinks eventually everyone will accept the vaccines without coercion.  I don’t know why he believes this.  In his own article he quotes Dr. Kieran Moore, Ontario’s chief medical officer who says this.

Dr.  Moore is keenly observant.  He has noticed that government issued documentation has no effect on Viral transmission.  I don’t know about you but his observation was a wakeup call for me.  All this time I believed my driver’s license was preventing me from getting COVID.

Vaccine passports do not prevent transmission for 2 reasons.

The Moronic Man-child is also not questioning the logic for vaccination.  He knows exactly what the Jabs are for.

The Prime Moron has ordered 35 million booster doses for next year, 30 million the year after.  Those are very interesting numbers.  Canada has 38 million people and post COVID Jabs our populations went up by about 400,000 every year.  We should need 38.4 million boosters next year.  Justin is apparently using projections showing 3.4 million excess deaths this year and over 5 million excess deaths next ear.  Gee I wonder what could cause such an extinction.  Are we preparing for an asteroid strike?  Does Justin know something he is not telling us? 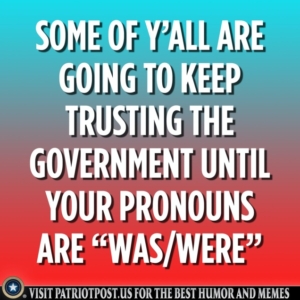