I just watched this report from Austria and all I can say is wow.  At this point the western world is broken beyond repair.

The video opens with brief interviews of people who support the house arrest of unvaccinated.  Calling these people clueless is too polite.  They think unvaccinated should be locked down to curb the viral spread but not one of them knew that vaccinated people can spread the virus just as easily as unvaccinated.  I am certain not one of them knows anything about the Jab that they took.  If the government told them to drink battery acid they would.

In contrast to those clueless useful idiots are the unvaccinated couple.  Their position was quite thoughtful.  The contrast was stark.  Thoughtful decision making vs blind media driven obedience to government.  That much I expected so I did not find it that shocking.  What I did find shocking was the last 10 minutes.

The report ends with an academic who has based his career on human rights.  Given that you would think this man understood human rights but he was clueless.  At one time he worked for the UN and was very concerned with the rights of terrorists detained at Guantanamo bay.  He is not at all concerned with the rights of unvaccinated people.  Maybe if the unvaccinated would kill a few people they could gain his sympathy.

This left wing lunatic was very concerned about how divided society has become.  He lays the blame for the division squarely at the feet of anyone who does not agree with the government.  He repeatedly states that we must find a way to bridge the divide and his solution is to obey government.  If Austria’s government was to take a sharp turn right I am sure his solution for bridging the divide would be for everyone to oppose the government.

Frankly the last 10 minutes of this interview made me lose all hope for humanity.  You cannot fix this level of stupid and this man holds an influential position.  Austria like Canada is broken beyond repair. 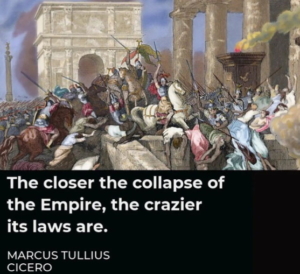 Subscribeto RSS Feed
The Nazis were successful because so many CooperatedIn a Post-Jab World everyone gets COVID, Multiple Times
Scroll to top