A couple people have sent me this video now.  Dr. Ryan Cole is speaking at a conference.  His topic is autopsy results of people who die from the vaccine.  Anyone considering taking the clot shot should watch this 17 minute video first.  Sorry I can’t embed this video.  You need to follow the link.

A PATHOLOGIST SUMMARY OF WHAT THESE JABS DO TO THE BRAIN AND OTHER ORGANS (rumble.com)

The autopsies show that the spike proteins cause damage and inflammation in every major organ in the body.

When the vaccines were first developed the designers were operating under 2 assumptions.

We now know that both of those assumptions are wrong.  The spike protein is not safe.  On its own it is a toxin that produces all of the disease symptoms.  It also does not stay in your shoulder.  The organ damage in these autopsy photos prove that conclusively.

If we lived in a sane world these vaccines would have already been banned yet the opposite is true.  Pfizer just received FDA approval without any long term data and governments are now talking about vaccine mandates.

I know many people who have taken the vaccine.  Most of them have had no problems so they have no issues with vaccine mandates.  It is true many people, the majority even, had no immediate issues with the vaccine.  The problem is that this vaccine is a game of Russian roulette.  5 people never have a problem.  The 6th person, not so much.

The reason for the wide range of vaccine complications was explained by Dr. Yeadon in the video I posted previously.  There is no way to control how many spike proteins any individual produces.  With a traditional vaccine a finite amount of dead or weaken virus is injected.  Everyone gets the same amount.  With the mRNA treatments everybody will react differently.  Some people will produce very few spike proteins while others will produce a lot.

So some get a little and some get a lot.  There is no way to predict what will happen.  You simply take your chances.  That is what makes these treatments the deadliest vaccines in history.

Unfortunately while the short term complications are unpredictable the long term are far more certain.  There are clear signals that ADE will be a problem for everyone.  As the vaccine wanes the recipient becomes more rather than less susceptible to the virus.  The Government is trying to cover up this enormous problem by rolling out boosters.

There is also a serious problem with the boosters.  No one knows whether boosters will help or make the problem worse.  There is no data.  The first 2 shots were poorly tested.  Boosters have never been tested.  When ADE appeared in the animal trials they did not try boosters, they just euthanized the animals.  Imagine that, there actually was a time when vaccine manufacturers were concerned about causing undue suffering.

Unfortunately, Governments have never cared about causing suffering.  I am certain their preferred option is still euthanasia.  The sheer numbers of vaccinated people simply preclude that.  Boosters provide a plausible deniability.

While boosters are beneficial for government, logic dictates they will just cause more problems.  I don’t see how taking a 3rd, 4th, or 5th dose of the same thing that caused the problem could possibly help.  Every additional dose just releases more spike proteins to attack all of your organs.

I guess I am wrong.  Government has chosen euthanasia after all. 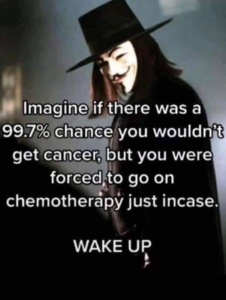 Subscribeto RSS Feed
With the Pfizer Approval, Vaccine Mandates are InevitablePost COVID Canada May Or May not be Democratic
Scroll to top