As long as people hold on to their irrational fears this will never end.  There will always be another virus.  That statement has always been true.  The only thing that has changed is that viral outbreaks are now very predictable.  They can happen any time a politician needs one.  All they must do is instruct the lab to release another one.

After all what is the sense of paying for a virus if you never use it?

While the engineered and released virus can be deadly, in the grand Scheme of things that is not the problem.  The problem is how the politicians use it and the collateral damage along the way.  In the cradle of fascism they are still discussing violating the code developed because the Germans did the same thing nearly a century ago.  The Alberta government has opted for a different order of events.  Jason Kenney has decided to postpone mandatory vaccinations until after he eliminates free speech.

Eliminating free speech was the higher priority due to the upcoming UCP leadership convention.  Now when Jason Kenney produces thousands of fraudulent mail in ballots to retain power, no one will be allowed to complain about it.  The law will also come in handy when Alberta’s Communist in conservative clothing turns his gaze back towards forced vaccinations.

Despite the overwhelming evidence of vaccine failure these tyrants won’t let up.  The vaccines are obviously making things worse so we must admit that making things worse is their objective.  Once people are too ill to work, or have no job prospects within the collapsing economy, there will be no option but to submit to complete government control.  Government will once again appear in the role of savior.  A white knight saving us from the dragon they unleashed themselves.

Their goal is complete control and they do not care how many people die for them to achieve it.  The destruction has only just begun and one of the early casualties looks to be professional Tennis.  We are watching vaccine injuries manifest in front of our own eyes on national television yet people still refuse to believe.  The public’s stubborn refusal to acknowledge reality is exactly why governments are able to get away with this. 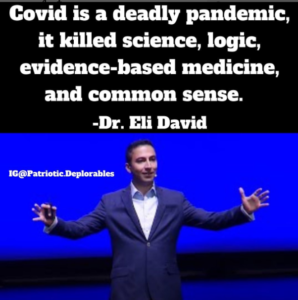 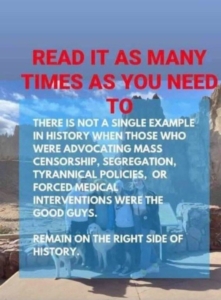 Subscribeto RSS Feed
The Sheep are to blame for the destruction of CanadaPockets of Truth still exist, just not in Canada
Scroll to top