If lockdowns and masks work then why didn’t they?  How come no one in power, other than Ron DeSantis has asked that question?

Ron DeSantis has been branded by the media as anti-science.  Originally DeSantis was part of the lockdown crowd.  He followed the advice of the “experts” and locked Florida down.  Then 2 weeks to flatten the curve did not flatten the curve.  DeSantis was not getting the results he was promised so he invited real experts to give him an opinion.  This resulted in Florida significantly reducing their restrictions.

To summarize, DeSantis started with the hypothesis that a harsh lockdown would significantly reduce viral spread.  He conducted an experiment, Florida locked down.  He gathered data for several weeks and found the data did not support his hypothesis.  At this point DeSantis abandoned his harsh lockdown hypothesis.  This used to be known as the scientific method.  Prior to COVID it was widely practiced by scientists.

In our post COVID world belief in the scientific method proves you are not a scientist.  Ron DeSantis is anti-science because he is still using old evidence based science. We now have ”New Science”.  You can only follow the science” if you ignore scientific method.  Makes sense right?  The experiment cannot disprove the hypothesis.  The only thing that disproves a hypothesis is if the person proposing it falls out of political favor.

By our new definition of science the current crop of western “leaders” are all performing complex COVID quantum physics.  They have politically correct hypotheses that are immune to falsification by data.  That is why New Zealand is locking down again. 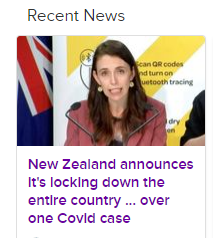 Last year New Zealand showed that you can lock down an island nation harshly enough to stem transmission.  But to what end?  The virus did not go away.  It came back at the first opportunity.  The cycle of recurring lockdowns has not changed anything.  New Zealand has already gone down this road.  They have the data proving that even when lockdowns work, they don’t work.  Why do they need to repeat the same failed experiment?

Repeating failed experiments is the new norm in New Science.  This just came out of Israel. 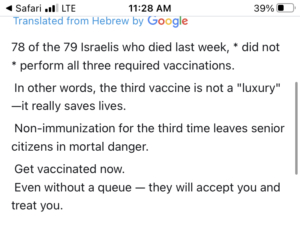 100% of the seniors who died of COVID last week in Israel were fully vaccinated.  One person had also received a booster.  In the old science this would have been treated as evidence the vaccines and boosters are not working.  In the new science this is ironclad proof that we need to inject people more often.

Also out of Europe we get this 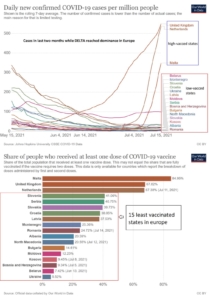 It seems the more vaccines you use the more infections you get.  With old science this would be very problematic data.  The obvious action is to suspend vaccinations while we study if the vaccines are somehow facilitating infection.  We might even give the phenomena a fancy name like, maybe, Antibody Dependent Enhancement.

Using new science we draw a completely different conclusion.  We cannot use this data without also considering.

Using the proper political filter and analyzing with accepted new science methodology the conclusion is obvious.  The high infections in highly vaccinated nations is being caused by low vaccination rates in countries with low infections.

New science says the vaccines don’t work therefore we need a lot more of them.  Alberta Einstein once said.

“The definition of insanity is doing the same thing over and over again but expecting different results.”

Einstein is so yesterday. 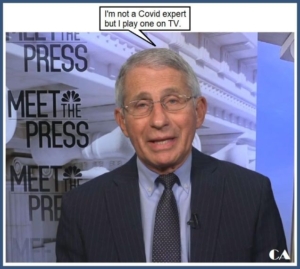 Subscribeto RSS Feed
Even Pfizer VPs read my Blog.Aussies have always been Crazy but it used to be a Fun Crazy
Scroll to top