This video is heartbreaking.  That poor man found out the hard way that it is never a good idea to trust government.

"My government lied to me" pic.twitter.com/g6LTowkZeW

On June 16th I published a post titled “Giving COVID Vaccines to Young People Should be a Criminal Offense”.  In the post I used data from Israel to calculate that for people under 20 the vaccine is more than 3 times as deadly as the virus.  Even that calculation understates the vaccine risk.

I was able to determine this with published data 5 months ago.  Nothing since then has happened that would change my conclusion.  What has happened is that the FDA approved COVID vaccines for children.  They did this despite receiving several presentations detailing vaccine injuries.  One Expert presented a risk analysis demonstrating the vaccine is a greater risk to anyone under 40 than the virus.

So a quick examination of the data 5 months ago made it clear people under 20 should not be given the vaccine.  A more detailed analysis moved that cut off up to 40.  To the FDA that was iron clad evidence that we should give it to 5 year olds.

A society will be judged by how it treats its weakest members.

The true measure of any society can be found in how it treats its most vulnerable members.

What group is weaker or more vulnerable than children?  Historians will judge us all harshly for what we have allowed to happen.  This must be stopped and the people behind it must be punished. 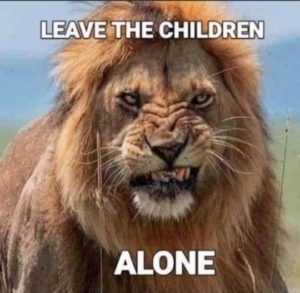