I saw this article a month ago.  The city of Vancouver is going to sue oil companies over climate change.  The first thought that entered my mind is that the only country where this might work is Canada.  Climate change has not impacted Canada more than other countries in fact under even the most Ridiculous warming scenarios northern countries like Canada benefit from climate change.  If you believe the global warming zealots Canada should not do anything to prevent climate change.  It is in our national self-interest to encourage global warming. 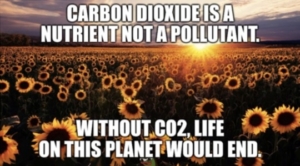 Unfortunately Canadians are not smart enough to act in their own self-interest.  That is why this lawsuit could fly in Canada.  Canadians are uniformly miss-educated, unintelligent and uninterested.  There are plenty of reasons to doubt the global warming narrative without even looking at the data.  The Intergovernmental panel on climate Change (IPCC) is the primary driver behind the narrative.  The IPCC is a not a science organization.  They are a political organization founded by a larger political agency (the UN) that has a perfect track record of being both wrong and useless.

If you choose to believe these charlatans then you must believe their forecasts that predict climate change benefits Canada.  So whether you are a believer or not this lawsuit is ridiculous.  In essence the city of Vancouver is suing oil companies for either;

As I said only in Canada; a nation where 1 in 3 still supports Justin Trudeau.  Justin has never had more than 33% support so that means not a single one of his supporters is upset that he has turned the country’s economy in to a basket case.  Or that he allows Chinese police to operate openly and unsupervised in Canada.

Trudeau acolytes will support that Moron no matter how much damage he does.  Thankfully many Rational Canadians are heartened by the rise of Pierre Poilievre.  They take it as a sign Canada might actually emerge from our national Trudeau nightmare.  I hope they are right but I think they underestimate how long this road will be.  Just this week Poilievre’s own shadow cabinet health critic mused that there might still be reasons for mandatory COVID vaccinations in the Canadian military.

“So if there’s a specific operational requirement, that’s one thing. But I think that just as a condition of their employment, like anyone who works for the federal government, that that needs to be eliminated.”

What kind of operational requirement could there be to vaccinate a young healthy soldier against a disease that does not kill young health people?  A disease that rarely even inconveniences young healthy adults.  How does our military readiness improve by giving soldiers a treatment that could cause them to have a heart attack on the battle field?

Pierre Poilievre has an uphill battle on his hands.  He can’t even find enough intelligent people in the conservative party to fill a shadow cabinet.  Stupid is to the bone, and by that standard Canada has really good bones.

Subscribeto RSS Feed
The US pushes Europe to WarJustin Trudeau is extraordinary, but not in a Good Way
Scroll to top