Yesterday evening Jason Kenney held a press conference.  At just after 5PM Jason stepped up to the microphone and did the only thing he knows how to do; he lied.  He lied about the effectiveness of the restrictions and the need to carry on with some restrictions for an indefinite time.  There is absolutely no evidence that the SARS COV-2 virus adheres to government restrictions.  The science is clear the restrictions take more lives than they save.  There was never any reason for any of these restrictions in the first place so there is certainly no reason for continuing with some.

Jason also lied about the state of the pandemic.  He said that restrictions can be lifted now because cases are falling.  Cases are not falling, the only thing falling is testing.  We are now testing at levels previously only seen during the summer.  We are still in the peak of the winter season and Jason is ramping down testing to give the false impression of falling cases.

Don’t get me wrong.  I am not advocating for more testing.  We should never have been testing at all.  The only reason you test someone is to determine what treatment should be used.  Since our government did not allow doctors to treat COVID patients what was the purpose of the test?  Testing has always been manipulated to generate fear.  Normally Jason ramps up testing to ramp up fear.  For 4 weeks now he has ramped testing down.  The only reason Jason Kenney has ramped down testing is that he is in trouble politically and needs to find a graceful exit.

It is too little too late.  I doubt Jason Kenney will survive the leadership review.  The UCP would be fools to go into the next election with him as leader.  The only person that Albertans hate more than Jason Kenney is Justin Trudeau.  When that is the only comparison that comes out in your leader’s favor it is time for a new leader. 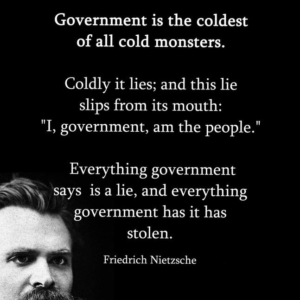