Several posts ago I linked an article about an Ottawa police officer who is could face dismissal for the crime of donating money to the Freedom Convoy.  Today I found an article that gives some details on this officer’s background.

Const. Kristina Neilson started her career in the Canadian Navy she was deployed to both the Persian Gulf and Afghanistan.  She must have been a good sailor because she was chosen as an honor guard at the national war memorial in recognition of her exemplary service.  As a member of the Ottawa Police, Constable Neilson received a commendation for helping rescue a girl from frigid water.

By all accounts Kristina Neilson is a dedicated public servant and exactly the kind of person this country needs as a police officer.  Unfortunately in Trudeau’s Canada this behavior is unacceptable.  If you are not willing to trample seniors with your horse or bludgeon protesters with your baton you cannot be a cop in Canada.

I don’t think any country in history has fallen as far and as fast as Canada.  That shows your how precarious our system is.  It only took one idiot.  Granted he is no ordinary idiot but he is still just one idiot. 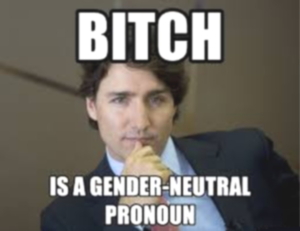 Subscribeto RSS Feed
It will take more than Poilievre to fix CanadaCan we please stop pretending?
Scroll to top