I have stated multiple times that since March of 2020 we have been living in some sort of dystopian science fiction novel.  I was a little off the mark.  It is actually an Xfiles episode.

Four and a half minutes of pure predictive programming.

Brought to you by a well oiled, well armed, multinational group of elites, that will cull, kill, and subjugate.

Life really is now imitating art.  We seem to be oscillating between Xfiles and Idiocracy.  How intellectually stunted must you be to not understand the origins of Sudden Adult Death Syndrome.  We forced the entire world to inject experimental chemicals multiple times each; really what could go wrong?

Even Idiots eventually get slapped in the face with the truth.  Sooner or later even the most oblivious are going to notice taking a booster made things worse.  In a perfect world the media would be reporting this rather than trying to obscure the truth.  CBS news wants you to think that people who take boosters are only getting sick because of all their risky behavior.

“So, one of the dynamics here is that people feel, after vaccination and boosting, that they’re more protected than they actually are, so they increase their risks,”

I am no psychologist; maybe that is why I find this hard to swallow.  I highly doubt that people who allowed the media to frighten them like children cancelled their sky diving lesson to be first in line for the boosters.  Risky Behavior?  We are talking about people who have not removed their mask or touched a loved one for 2 years.

The reality is that the highly risk adverse who lined up for boosters were indeed involved in very risky behavior.  They trusted government.  Only fools and daredevils do that. 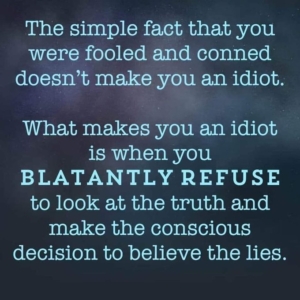