I have posted multiple articles on Masks over the last 2 years.  The engineering on masks just does not work.  The virus and the fine aerosols that encapsulate it are too small to be caught in the course weave of a cloth or ear loop mask.  There is simply no way that masks can stop transmission and there are many good reasons to not wear a mask as this recent study points out.  The study correlated mask usage to COVID infections and fatalities for 35 European countries.  The plots below are from the study.

These results are not that surprising.  While masks cannot stop a virus they do form an effective breathing barrier.  The increased pressure while exhaling and reduced pressure while inhaling causes CO2 to accumulate under the mask which reduces the amount of oxygen inhaled.  It causes a condition called Hypoxia which can lead to permanent organ damage.  Hypoxia weakens your body and your immune system.  The Terrain really does matter.

I have mentioned before that I work in the oil industry.  In my industry workers sometimes need to enter vessels or other confined spaces for inspections and repair.  When we prepare a space for entry the space is cleaned and well ventilated.  The atmosphere is then tested for toxins and oxygen content.  If toxins are present or if the oxygen content is less than 19% I cannot allow a worker to enter without supplied air.  I could be fined or imprisoned if I expose a worker to less than 19% oxygen for even a few minutes.

The oxygen content beneath a cloth or ear lop mask can easily fall below 19% and remain there for as long as the mask is worn.  So why is it criminal for a company to expose a worker to less than 19% oxygen for seconds but OK for the government to force that on children for 2 years?

Government tells us that they saved us with lockdowns, masks, and vaccines yet every one of those interventions has now been shown to increase the number of deaths.  Government has done nothing but destroy the economy, and cause rampant inflation while killing thousands of people.  In March of 2020 we would have been far better off if we had locked down government rather than the rest of society.

Incredibly, despite the government killing spree the world did not see a significant increase in deaths during this plandemic.  Watch this short video and ask yourself why we lost our minds over a normal cold and flu season.

People ask me how I so quickly determined this was a farce.  The answer is simple.  The numbers never indicated that we had a problem.  People may have been dying from COVID but the total number of people dying was never outside the bounds of what should be considered normal.  The only reason anyone thought we had a problem was because the media told us we had a problem.  We allowed the media to convince us we had a crisis when none existed.  Then we allowed government to impose restrictions on us that were 100% harmful.  Our blind obedience got others killed; we should be ashamed. 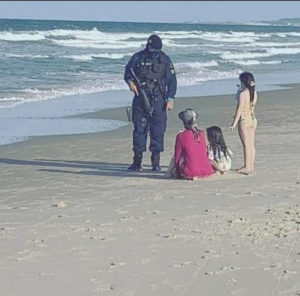