Governments in Canada are very worried about the most recent COVID development; People just are not afraid of COVID anymore.  The Stanley cup playoffs are on and people are congregating in large crowds parting like it is 2019.  These large crowds are extremely dangerous for government and not because hospitals will be overrun with COVID patients.

The problem with COVID as a strategy for the great Reset is that it relies on fear to divide us.  If the fear disappears things go south for the government.  If people are no longer afraid to gather in large groups they may actually talk to each other.  Many of those conversations will be about the game scores but some of them will be about the terrible things government have done.  Some might even be about how government is driving the inflation that makes the chicken wings at intermission so damned expensive.

Fear is a powerful weapon but it is difficult to sustain it even among sheep.  People who would not dare to be in public last year without a visor, mask, and vaccine are walking around right now without even an appointment for a booster.  This growing lack of fear is an existential threat to government.  Something must to be done to re-instill fear before too many Canadians realize that Justin Trudeau truly is a moron that no one should listen to.

Enter the CBC, stalwart defenders of government tyranny.  The CBC is warning Canadians that we must be afraid of monkey pox.  The CBC wants you to know the threat is real because;

The problem is way larger than you think.  We know that because;

As soon as places started looking for it, they found it

Rasmussen says there are numerous ways monkeypox outbreaks can be contained through classic epidemiological measures such as contact tracing, isolating people who were infected and quarantining those who may have been exposed.

Failing that, “we do have a vaccine,”

Is it just me or does this article look vaguely familiar to you as well?  I know the need to stoke fear was urgent but for 1.4 billion a year I expected the CBC to do more with my tax dollars.  The only thing Adam Miller did was pull out an old COVID article and replace the word COVID with Monkey Pox.  The great Plague was COVID now it is Monkey Pox so hide in your house and don’t speak to anyone while the government finishes the destruction of democracy.

Monkey Pox has been around for years and is not normally seen outside Africa.  We are supposed to worry because the virus may have mutated and that’s why it is no longer contained in Africa.  That is just so much more government bullshit.  Let’s use Occam’s razor again.  Occam says the simple explanation is probably the right explanation.  So if we are trying to explain why Monkey Pox has moved outside of Africa is it?

Politicians have intentionally allowed monkey pox and a host of other communicable viruses into western countries.  Apparently they believe this gives them more deniability than releasing them from labs in China.  The illegals carry these viruses everywhere the government sponsored planes and buses take them.  With Monkey Pox the illegals are getting some unexpected help moving the virus around.  Gay men have been unwittingly contracting Monkey Pox at gay pride events and flying home with it.

Monkey Pox is a disease we need to deal with.  We could as the CBC suggests, return to lockdowns and forced vaccination or we could do something far less invasive.  The disease could be stopped in Africa if we would enforce immigration laws and ask gay men to exercise more caution.  They could simply stop having unprotected sex with strangers at gay pride events.

Which option do you think the Trudeau government will choose?  If you don’t say lockdowns and forced vaccinations you just have not been paying attention.  At all, for more than 2 years. 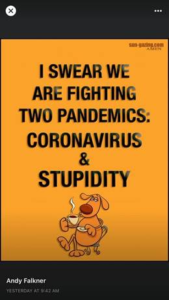