A paper was published recently that looked at excess deaths in 2020.  They use all-cause mortality which is the only number that counts.  The paper compares wealthy countries with old populations.  Every country in the group except Sweden utilized harsh lockdowns.  The plot below shows the peer group and their relative rankings in overall excess deaths.

Two very important things can be seen from this plot.  First the lighter touch used by Sweden produced one of the best overall results.  Second, and more importantly, Sweden is the only country that had no excess deaths of people under 75.

COVID killed almost exclusively ill people older than 75.  The average age of a COVID fatality was higher than the average life expectancy in these countries.  People under 75 largely did not die of COVID yet every country that utilized harsh lockdowns had significant excess deaths for people under 75.  These are not COVID deaths they are lockdown deaths.

When a senior dies of a respiratory illness it is tragic but the impact on society is not high.  These unfortunate souls did not have much time left even if they had avoided illness that winter.  The death of a young person is far more impactful to society.  These people still had years left to contribute to the economy and often have dependents, other than the leeches in government.  The best way then to evaluate impact is to look at years of life lost.  You can see that plot below.

Canadian politicians love to brag about the effectiveness of their pandemic response but look where Canada is in terms of years of life lost.  Canada’s pandemic response was one of the worst in the peer group.  The only favorable comparison is the US where Anthony Fauci actively killed people with Remdesivir.  Canadians chose a more passive approach and killed people with isolation, stress, and medical neglect.  Even our passive approach proved to be a very effective form of euthanasia.

In 2020 Canadian Governments eliminated 149,000 years of life.  This is nothing short of state sanctioned murder and no one is being held to account, something Neil Oliver correctly points out.

Neil Oliver: Partygate, Cakegate, Beergate, Raynergate, Porngate – it’s one childish tantrum and spat after another. We need some grown-ups in the room – and pronto.

Neil Oliver calls these people Buffoons.  They are surely buffoons but they are much more than that.  They are murderers.  The UK government killed even more of its citizens than the Canadian Government did.  They cannot be allowed to get away with this.  Anything government gets away with they will do again.  Do we really want to watch government commit mass murder again next winter? 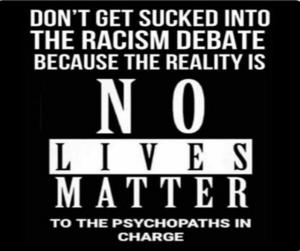 Subscribeto RSS Feed
This was never about a virus. It has always been about Freedom.Canada has descended in to a Police State.
Scroll to top