A friend of mine sent me this video on the same day that I noticed a SubStack article by Steve Kirsch discussing the same thing.  Leaked video proves the Israelis government was aware of and tried to cover up serious COVID vaccine safety data.

Israel was the first country to adopt the COVID vaccines.  The Israelis cut an exclusive deal with Pfizer that gave them access to the vaccines before any other country.  Mass vaccination programs started in December of 2020 but they did not decide to investigate vaccine side effects until December of 2021.  In that 12 month period Israel administered 180 doses for every 100 people.  So after completely vaccinating almost every person in the country Israel finally decided to follow up and guess what they found.

The Israelis documented even more side effects than what Pfizer found in their trials.  Worse than that they found many of the injuries are not temporary as Pfizer claimed; they may be permanent.  This is exactly why you should never trust government.  The Israelis exposed their entire population to an experimental treatment with absolutely no safe guards in place.  Then after medical researchers documented how harmful the vaccines are, their first instinct was deflecting blame.

This is exactly why I could never work for government.  There is no way I would try something new without monitoring the results.  At the first indication of harm I would stop it.  I would not let more people be harmed while I was trying to figure out the best way to spin the results to cover my ass.  Frankly I would suck as a bureaucrat because no citizens would die, Pfizer would make no profit, the politicians would get no kickbacks, and I would never get promoted as punishment for limiting their income.

This whole enterprise is criminal.  Every injury prior to the study is negligence.  Every injury after the results were known is assault with a deadly weapon.  When will people start going to prison for this? 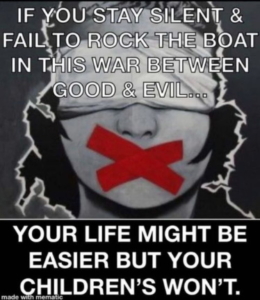