When the first lockdowns were declared I told anyone who would listen that if we let government do this they will do it again.  The problem was that in March 2020 people were listening to fear and not reason.  No one wanted to hear what I had to say.  Fear caused people to blindly follow government and demonize anyone who did not share their fear.  Ultimately we suffered through multiple lockdowns for cold and flu season and now the French are locked down due to summer. 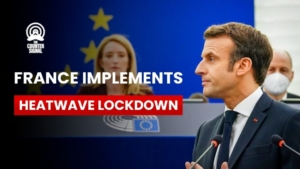 Somewhere there is a room full of bureaucrats dreaming up reasons to lockdown in spring and autumn.  At that point our jail sentences will be un-commutable.  I really hate to keep saying this, but I told you so.

Subscribeto RSS Feed
Are you going to let Pfizer have your Children?Fidel and Pierre would have been Proud
Scroll to top