This morning I want to start with this brief clip of Dr.  Ryan Cole discussing how mRNA suppresses immune systems.  I have discussed this before.  In order for the mRNA to have time to work your immune system must be temporarily suppressed.  This is a design feature of the Jabs.  The problem as Dr. Cole points out is that no one knows if the suppression is temporary.

A Potential Pathological Nightmare Injected Into the Arms of Billions of People: Dr. Ryan Cole

"Unusual things [are occurring] that shouldn't be happening, and [it's] likely related to a synthetic, genetically modified sequence." pic.twitter.com/c01zTg9Udh

With the passage of time it is looking more likely that the immune system suppression inherent to the Jabs could be permanent.  As Dr. Cole points out this will lead to chronic infections, heart disease and cancer.  It is not surprising then to see another study linking pericarditis and myocarditis to the jabs.  No sane society would continue to use these jabs.  There is already a mountain of evidence that they are harmful.  The longer this goes the worse the jabs look.  The protection they offered against COVID has disappeared but the side effects have not.  It really is unfortunate that we no longer live in a sane society.

Politicians on the other hand are morons.  They have been cornered by the script writers.  If politicians stop the Jabs for safety reasons the public will lynch them.  How many parents do you think will be happy to find out their child was forced to take a treatment the government knows to be dangerous?  The politicians are forced to pretend the jabs are “safe and effective” or admit they have murdered thousands.

Some country’s are trying to back-peddle by slowing down vaccinations others like Canada are doubling down. 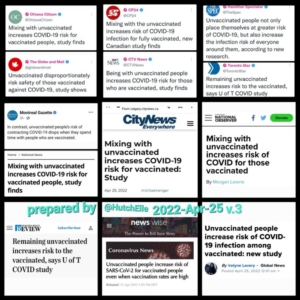 The media campaign demonizing unvaccinated people in Canada is relentless.  Canadian politicians understand the public will eventually need someone to blame.  Scapegoating unvaccinated is far preferable to taking responsibility for their criminal behavior. 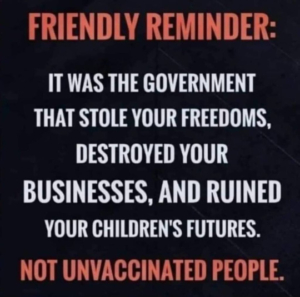 Make no mistake the behavior of politicians all over the world has been criminal.  It does not matter that the script writers put them up to it; politicians are still the ones who pulled the triggers.  That is precisely why we see such draconian efforts to suppress information.  Governments are now invoking cabinet confidentiality to bury their misdeeds.  In Germany the data justifying lockdowns are now state secrets and in Canada trampling seniors with horses is a matter of national security.

Of course Politicians know that they can not play this game forever.  Eventually the few honest judges in the system will force them to release this information.  Something the Wicked Witch of the West just found out.  Not to worry though they are already working on ass covering plan B.  Releasing damaging information won’t be a problem if it is illegal for anyone to see it.  In Britain now it is illegal to publish legal information if it is potentially harmful.  The only people ever harmed by information are the people in power so this law is very convenient for them indeed. 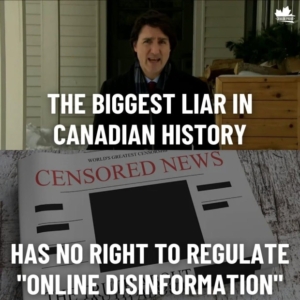