The Alberta Government is continuing it persecution of Christians.

Unfortunately this is not unusual in Jason Kenney’s Alberta.  It is becoming common to read stories about the dangers of dissent in Alberta, especially by Christian pastors.  Our Spiral in to Tyranny is almost complete.

So why did this story catch my eye then?  Isn’t it just another dog bites man story?  For me this one line from the story was important.

“continued to disregard public health measures required by law under order of the chief medical officer of health.”

Before Jason Kenney there was a process for adopting new laws in Alberta.  Any proposed new law was debated and voted on.  Bills were subject to 3 separate readings, debates, and votes.  Now laws in Alberta are dictates from the chief medical officer of health.  Deena Hinshaw can create new laws on a whim and send the police out to enforce them.  The police now take orders from Deena.  She is now a monarch.

The power to pass and enforce new laws used to be reserved for elected officials.  People who, theoretically, could be removed from office.  Those days are over.  In Alberta the Bureaucrats now reign supreme.  Any deranged Lunatic, like Deena Hinshaw, can work their way up through the bureaucracy assuming as much power as they want along the way.

In the last 15 months we have seen the provincial medical bureaucracies replace our legislatures.  Doug Ford admitted that every Canadian Premier has abdicated their responsibilities to the chief medical officers.  There are no checks and balances.  The lunatics are running the asylum.  Not a single elected official in Canada has tried to oppose these unelected Tyrants.

At least we can look to Florida again for some sanity.  Governor DeSantis thinks it is high time to hold rogue bureaucrats accountable.

How can Canada, a country of 38 million people, not produce one honest politician? 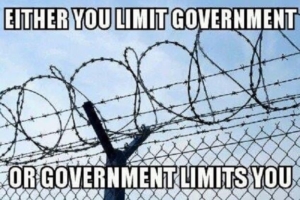