With COVID politics trumps everything; including science.  There is absolutely no correlation between lock down severity and lower mortality, but a strong correlation with political ideology and lockdown severity.  The further left the Government the harsher the lockdown.  Our entire country remains locked down for one simple reason.  We do not have a single right of center “leader” in Canada.

We are seeing the same ideological divide with Vaccine passports.  Republican states in the US are banning them.

Democrat states on the other hand are implementing them; they just do not call them passports.  Leftists Tyrants will always disguise their true intentions.  If they did not people would likely hang them and drag their bodies through the streets.  In New York Vaccine passports are a smart phone app called an excelsior pass.

On May 23rd I posted that Vaccine passports were inevitable in Canada.  I predicted that they would also come in the form of a smart phone app.  With COVID I pray that my predictions are wrong.  If I am correct, it means that our politicians are just as evil as I think they are.  Once again it pains me to be right.

It is full steam ahead for Vaccine passports in Canada.  Of course, this applies only to Canadian citizens.  Visitors and illegal immigrants will still be allowed to enter and move around unhindered.  That is just how communism works.  Your citizens need to be carefully monitored and controlled.  Visitors and immigrants, on the other hand, are great propaganda tools.

The Chinese and Soviets both scored Propaganda victories when a prominent Canadian by the name of Pierre Eliot Trudeau came to visit.

Pierre did not even try to hide his admiration of history’s greatest killers.  It is to our country’s Shame that Pierre Trudeau went on to be our second longest serving Prime Minister.  Even from the Grave this disgusting piece of human garbage haunts us.  His biggest sin might not be what he did to Canada but what he is doing to Canada now by siring this moron. 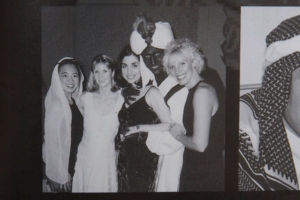 The apple did not fall far from the Tree.  Justin loves Communists just as much as his father.  Do not take my word for it.  Get it right from the horse’s Ass.

This video was from 2013.  We knew that Moron had tyrannical aspirations 8 years ago.  Since that time Canadians have voted for him TWICE!

It should be no surprise what is happening in Canada.  Justin is using COVID as a tool to accelerate his agenda.  He is not even hiding it, check out the 2-minute mark in this Video.

If you tell anyone that politicians are using COVID as an excuse to push the great reset agenda, you are mocked as a conspiracy theorist.  Justin admits he admires tyranny and during this speech he is very clear about his intentions.  Why is it a conspiracy theory to believe exactly what he says?

There is a reason why Canadians continue to be locked down after 2 very ordinary cold and flu seasons.  Now the government wants an app on our smart phone that can track our every movement.  None of this is good for Canadians.  Canadians better wake up before they find themselves in a re-education camp. 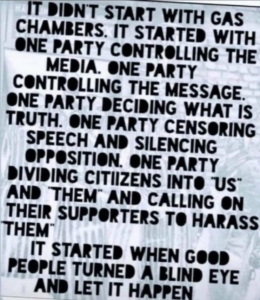