Once more Sweden is leading the way.  Sweden will no longer use the PCR test.  This is a quote from the press release.

“These tests cannot be used to determine whether someone is contagious or not. Virus RNA can often be detected weeks/months after infection, does not mean that someone is still contagious.”

This is exactly what Kary Mullis said about using the PCR technique as a diagnostic test.  He said this decades ago when the NIH started to use PCR to diagnose AIDS.  It is bizarre that up until now no one would listen to the man who invented the process in the first place.

How faulty are PCR tests?  Well, according to PCR testing cases are soaring in Alberta. 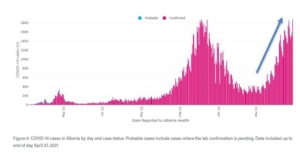 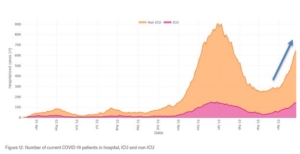 Yet somehow people are not dying. 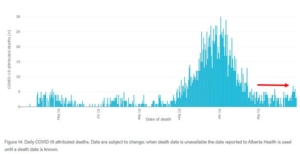 The people who are testing positive now in Alberta are obviously not sick.  If they were, we would be stacking bodies by now.  But, what about all the people in the hospital right now?  If no one is getting sick why are the hospitals filling up?  The truth is hospitals are always full.  So are ICUs.  My bet is that all these people went to the hospital for other reasons and tested positive for COVID after they arrived.  They were probably surprised to find out they also had COVID.

The PCR test is being used to Gas light us.  Governments are desperate to convince us that we still have a problem.  They want to keep this demented little game going until we cannot go back to normal.  To keep this Charade going they need to control information.  The German government has revived the Stasi to do just that. 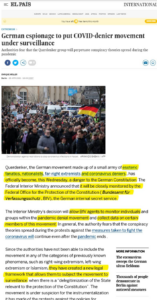 People are starting to push back as the government exerts more muscle.  It is David against Goliath and it is too soon to say which side will prevail.  If the people prevail there is a silver lining to this madness that I was reminded of last night.

Last night I was speaking to a friend and his son.  His son in a polite young man in Grade 7.  He likes school and has not been allowed to attend for weeks now.  He was looking forward to going back on Monday.  During the conversation, he discovered that the grade 7+ lockdown has been extended.  His reaction was immediate and intense.  He blurted out “they are never going to let me go back to school”.  He is 13 and painfully aware that the government does not have his best interests at heart.

For 4 decades governments have been using the public schools to indoctrinate young minds.  They are taught to accept that Government must control every aspect of their lives.  Governments are pure and ethical.  Free will and Free enterprise are not.  Adults steeped in that indoctrination are still sleep walking through this phony crisis.  It is too late for those people, if they are not awake now, they never will be.  There just might be hope for this generation.  I know at least one 13-year-old who understands the true nature of government. 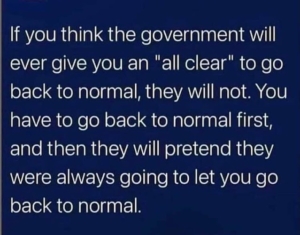