I saw this article yesterday.

These two sentences from the article caught my eye immediately. “The total of active cases in Alberta has been dropping slowly but steadily since it peaked at 21,138 on Dec. 13.  That was a day after Kenney’s UCP government introduced tighter restrictions”.  The CBC was trying to link the drop in infections to the restrictions. Of course I knew this was not true.  The % positivity peaked Dec 3rd and new cases peaked on Dec 4th.  The “pandemic” was over 4 days before the new restrictions were even announced and 10 days before they came in to effect.  How can you credit the rules for something that started before the rules were even contemplated?

I had to go back and read the sentence more carefully to notice the CBC was using active cases to distort the truth.  A case is active for 14 days so there is a 2 week lag between the peak of the active cases and the peak of the new infections.  The reporter wanted to indicate that strict compliance to government is what made it possible to reduce restrictions.  She had just a small problem.  The data did not support the story she wanted to tell.  She had a choice to make, be honest or deceptive.  She works for the CBC soooo.

Jason Kenney is the prototypical left wing politician.  Take credit for something you had nothing to do with.  Then elbow your way to the front of the parade so people think you are leading.  If you still don’t believe that Jason Kenney is left wing consider this; the CBC just lied for him.

Jason Kenney is not the only left wing politician being forced to do the right thing.  Gavin Newsom in California was forced to open up when over 1,000,000 Californians signed a recall petition and counties were in open rebellion.  Yesterday I discussed how Italian politicians had to hide when 50,000 restaurants opened.

Kenney as per usual is still trying to please everyone.  Restaurants are allowed to open but the rules are so silly many of them probably won’t.  The evil troll still has not figured out there is no middle ground.  The masked covidiots will not be happy with anything less than welding people in their homes.  Anyone with common sense demand no restrictions and a return to normal.  Kenney’s latest press conference is bound to make his approval ratings fall again.

Common sense is what separates the left from the right.  Covidiots are left wing lunatics.  The common sense brigade are conservative.  That is an ideological chasm you can never bridge.  People with common sense understand that allowing people to go to Walmart but not a restaurant is nonsense.  The covidiots see that rule as scientific and proof of how much the government cares.  You cannot get a covidiot to acknowledge reality or force the common sense brigade to ignore it.  There is no way out of this that makes both sides happy so why don’t we chose the one that does not destroy the economy? 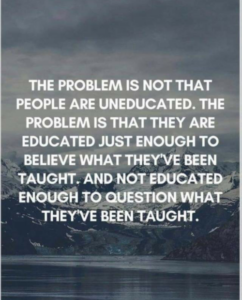 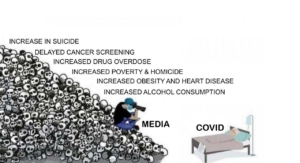 The only real good news from Friday is that we have finally discovered the epicenter of the infection.  See Below. 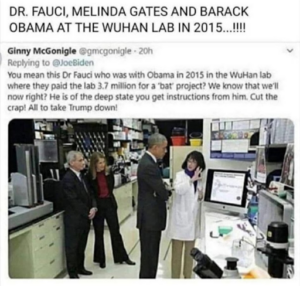 Subscribeto RSS Feed
We Have All the Power, It is Time to Use it. With Covid the More Things Change, the More They Remain the Same
Scroll to top