In my last post I stated that Ottawa had no emergency therefor there was no justification for the emergency declaration or the illegal activities of the Ottawa city police.  I am not in Ottawa right now so it might be easy for people to dismiss my claim that there is no emergency.  Thankfully you do not need to take my word for it.  A Friend just sent me this account written by an Ottawa resident who lives near parliament in the area that the truckers now occupy.  He took the time to do something the legacy media has refused to do.  He walked through the protest and spoke to the truckers.

A night with the untouchables – The Reformed Physicist (maybury.ca)

I think his last statement sums up the situation in Ottawa perfectly.

“Last night I learned my new neighbors are not a monstrous faceless occupying mob. They are our moral conscience reminding us – with every blow of their horns – what we should have never forgotten: We are not a country that makes an untouchable class out of our citizens.” 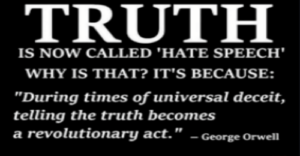