Yesterday a judge in Ontario stopped Give send go from distributing my money that I freely donated to the Freedom Convoy truckers.

There is no possible legal or moral justification for this.  No judge in Canada prevented donations to Black Lives Matter.  An organization that fomented riots that claimed dozens of lives, including black lives, and resulted in arson that destroyed government buildings in several cities.  The total cost of the Riots is in the billions.  Worse yet, the organizers of BLM have stolen $60,000,000 of the donations.

In contrast to the BLM riots the freedom convoy has not participated in any vandalism or violence.  Quite the contrary.  They have organized block captains that are responsible for keeping sidewalks shoveled and free of garbage.  The city of Ottawa is claiming that the protest is costing the city nearly $1,000,000 per day due to extra policing.  What on earth is all the policing for?  Street crime is down 90% since the truckers arrived.  Are the police performing regular safety inspections on the bouncy castles?

This court decision was driven by politics.  This judge is nothing more than a political activist.  Courts are supposed to be apolitical but in Canada, sadly, they are not.  When Historians look back on this period there will be 2 main points of discussion.  How deep the political rot and corruption is in Canada and how incredibly gullible Canadian citizens are.

COVID has exposed that the corruption in Canada is not exclusive to the Liberal party.  It reaches in to almost every level of government and government bureaucracy.  The following entities have all stepped forward at various times during the last 2 years to flaunt the rules of law and common decency. 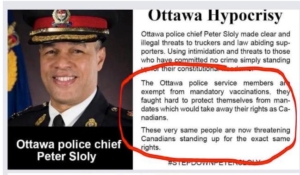 As for the gullibility of Canadians, seriously it has been 2 years, how come so few have bothered to do their own research or even stopped to think for 10 seconds.  Is 10 seconds every 2 years too much a commitment to make?  Seriously it only takes seconds of critical thought to understand that none of this should have ever happened.  Just consider these simple questions. 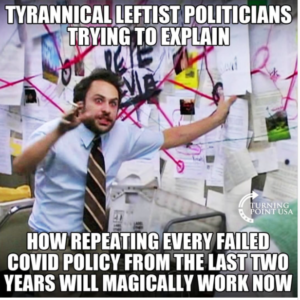 Canadians need to wake up and we need to clean house.  They need to realize that they are not free and compliance will not bring freedom back.  Every vaccinated person who opposes the freedom convoy needs to understand that from the government perspective no one in this country is fully vaccinated.  No one will ever be fully vaccinated.  There will always be another booster and another requirement.  You are not free if you have no autonomy over your body or your own personal decisions.  Just listen to this trucker who makes more sense than any elected official or bureaucrat in the country.

You may not realize it yet but the only thing we are in together is tyranny.  The freedom convoy’s fight is your fight.  If you want your children and grandchildren to grow up in a police state keep sitting on the sidelines.  If not get off your ass and get involved. 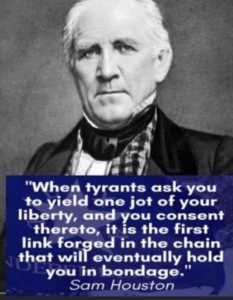 Subscribeto RSS Feed
Vaccinated Canadians should be angry, just not with the UnvaccinatedHold the Line against Government and their Thought Police
Scroll to top