The federal conservative leadership race ended this weekend with Pierre Poilievre romping to an easy first ballot victory.  The mood in Canada right now is ugly.  Poilievre was able to tap in to this discontent and use it to coast to victory.

Poilievre scares the crap out of Canada’s leftist media.  In the lead up to the election countless articles were published explaining why conservatives should not vote for Poilievre.  Bruce Arthur from the Toronto Star took it upon himself to explain that conservatives really have no reason to be angry.  While Andrew Coyne, of the globe and mail, opined that it is crazy to be angry about government destroying the economy.  Bob Hepburn, also of the Toronto Star, opted for the Clinton Basket of deplorables approach.

Today in Canada, we don’t need to apologize for calling out Poilievre supporters who spout far-right, white supremacist, sexist, racist and anti-intellectual opinions.

Not only does Bob not like Poilievre supporters he is happy to live in a country that allows hate speech as long as it is directed towards people who do not agree with Justin Trudeau.

After reading these articles my first impression was wow!  I did not think it was possible to pack so much stupid into three otherwise empty heads.  Every time I read anything in a Canadian newspaper I am reminded of the Reagan quote “the problem with the left is they know so much that just is not so”.

People on the left are not stupid they just refuse to think which negates any intellect they might possess.  Their stubborn refusal to think is born from arrogance.  They are so convinced of their moral and intellectual superiority that they do not believe they can be wrong.  There is no reason to support their arguments with data.  If the data does not support the argument it is the data that is wrong so it is simply not worth discussing.

Bruce Arthur states unequivocally that the vaccines ended the pandemic and fear about the influence of the WEF is an irrational Phobia.  At no time does he present any data to support his arguments.  If Bruce wants me to believe that it was the vaccines and not omicron that ended the pandemic he must explain a couple sticky points.  Why did every country see COVID infections and deaths spike after vaccine roll outs?  Also why was their no change in infection fatality rate with vaccine use?

As for the his contention that there is no relationship between our federal government and the WEF he might want to explain why there is no difference between WEF policy and Trudeau liberal policy.  Is it just some cosmic coincidence that the WEF want to lower the average daily caloric intact and Justin wants to ban fertilizer?

The people infesting our media and government are ideologues who do not think.  They don’t believe they need to.  This problem is acute in Canada but it is not unique to Canada.  Take the Swiss for insistence.  The Swiss are suffering through an epidemic of sudden adult death syndrome but that has not kept them from demanding boosters.

Despite the fact that Sudden Adult Death Syndrome was unknown before the vaccines it cannot possibly be caused by the vaccines.  How do the leftist morons in Government know this?  Well that answer is easy.  The vaccines cannot be a problem because the left believes in vaccines and vaccine mandates therefore vaccines must be safe and effective.

If left unchecked the arrogance of the left will kill us all. 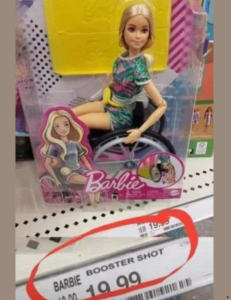 Subscribeto RSS Feed
An easy way to end the DebateHow do you Defend the Indefensible?
Scroll to top