First they came for the socialists, and I did not speak out—because I was not a socialist.

Then they came for the Jews, and I did not speak out—because I was not a Jew.

Then they came for me—and there was no one left to speak for me.

Martin Niemöller was a Nazis.  He was an enthusiastic supporter of the third Reich until the day he realized the Nazis were not going to stop with Jews.  The Nazis also had him under surveillance.  That is what vaccine Nazis need to understand.  Their turn is coming.

Hitler was Austrian.  After what he did you would think Austrians would disassociate themselves from his policies and ideology.  Sadly that is not the case.  Austrian Chancellor Alexander Schallenberg is an obvious admirer of Hitler’s work.  Austria has now placed 2 million citizens under house arrest for being unclean.  The same charge Hitler used against the Jews.

The world cannot let this stand.  If Austria can imprison people for the imaginary crime of being unvaccinated then they can imprison anyone for any reason.  Thankfully at least some Austrians are cognizant of their own history.  The army and police have announced they will not enforce the segregation and division of their society.

Unfortunately this does not mean the fight is over.  This will undoubtable trigger a power struggle in the government.  Tyrants like Scallenberg will maneuver to replace senior police and military officers with more compliant servants.  This is something they should have done before trying to arbitrarily imprison their citizens.  That is precisely why Joe Biden is purging the US military of any non-woke or non-vaccinated.  Creepy Joe is an idiot but the people behind this are not.  They are preparing the military to be turned on the citizens.

You might disagree with me calling these people lunatics.  If you think that characterization is unfair I would be inclined to agree with you.  A more accurate description is dangerous lunatic.  These people simply don’t get it.  This is not about unvaccinated people.  This is about keeping us divided and fighting with each other.  It is a perfect way to distract us while the government continues to solidify their power.  Vaccinated people need to wake up and re-engage their brains.  The government will not stop at imprisoning unvaccinated people.  History is clear on that point. 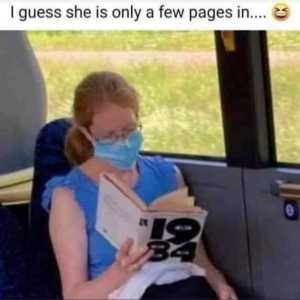