I found this short documentary on Ivor Cummins’s twitter feed.  The Video discusses how ordinary evil became under the Nazis.  It ends with a holocaust survivor explaining how they were lulled in to accepting evil by the slow encroachment of regulations.  When he speaks, substitute unvaccinated for Jew and you can see history repeating itself.  If that does not send a chill down your spine you are a lost cause.  You will never wake up and smell the tyranny.

There is only one difference between what is happening now and what the Nazis did.  The Nazis carried out evil with business like dispassion.  They made evil so ordinary that the phrase Banality of Evil was coined.  That is not the Case with COVID.  The politicians participating in this farce are joyfully committing atrocities.  Take this Giddy witch for instance.

''There is Not going to be an End point to the vaccine program "
Did someone think there was and end?
THEY will go as far as they can. pic.twitter.com/NFAFt54mke

Could she be any more delighted with herself?  She is absolutely ecstatic when she tell you that there is no escaping her needle.  You will die with a needle stuck in your arm and with this vaccine death may come a lot sooner than you think.  It will be no loss though, since you will not be allowed to live before you die anyway.

I do have one question for Jacinda when her murderous euphoria passes.  How does a vaccine that does not provide immunity bring immunity back up?

As it did with the Nazis, tyranny always results in Mass murder and we are already there.  The vaccines are on track to kill as many people this year as the virus did last year.  The plot below from Euromomo shows cumulative excess deaths for this year and the previous 2 years.

The line at the bottom is 2019, the before COVID era.  It represents the old normal where a few people die in cold and flu season.  The light blue line is the new normal where vaccines kill as many people as the virus.

The normal course of any outbreak is that the virus mutates to something less deadly while the population moves towards herd immunity.  The virus may never disappear but with time it becomes less deadly.  That is the big difference between 2020 and 2021.  The deaths in 2021 have been largely due to government.  Government never becomes less deadly and it is impossible to be immune from it.  You don’t need to take my word for it.  You just saw Jacinda on video joyfully explaining that she does not intent to stop killing.  40 years ago people like Jacinda would have been in hospitals for the criminally insane.  In the new normal they run countries. 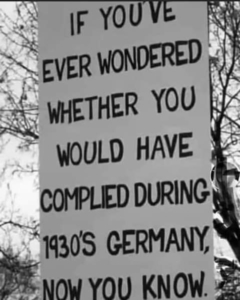 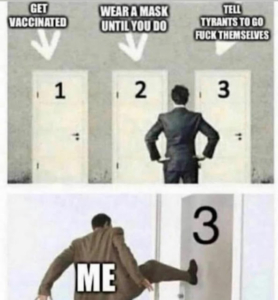