39% of government has not worked for months.  Did you notice?  This does not represent 100% of the non-essential workers just the ones who can’t work from home.  How can such a large percentage of government be non-essential?  If their activities are no essential why do those jobs exist?  Don’t elected representatives have a fiduciary responsibility to the taxpayers?  Obviously not.

To make things worse our governments have very strange ideas of who is and is not essential.  The health inspector in this story is somehow essential.

Why is it essential to rap on someone’s window and beg them to open so that they can be fined for opening?  People who lie to us in order to fine us are essential.  In government Lying is a very valuable skill set.  Taxpayers have paid the salaries of people who have lied about how

In the last 11 months the list of lies the government has told is virtually endless but there is one lie that is more egregious and divisive than all the others.

No one in government has lost a paycheck.  Many in government have enjoyed extended taxpayer funded vacations.  Politicians have illegally assumed powers they were never intended to have.  Billionaires have become wealthier.  The Pandemic has been highly beneficial to everyone in this group.  The Pandemic has been catastrophic for small business owners and service industry workers.

Generally service industry jobs are not high wage jobs.  These workers are at the bottom of the economic ladder.  The government forced unemployment on people who could least afford it.  They did this with the support of wealthier Canadians.  Wealthy Canadians could have taken responsibility for their own health.  Instead they demanded government force unemployment on people less fortunate than them.  The people at the top decided the people at the bottom are expendable.

Canadians like to think that they are compassionate.  Nothing is further from the truth.  Asking others to pay the price for your safety is incredibly selfish.  Do you think the unemployed feel solidarity with Canadians that forced it on them?  The biggest lie that the government may have ever told is that we are all in this together. 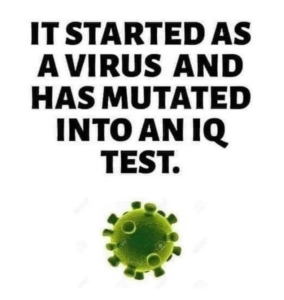 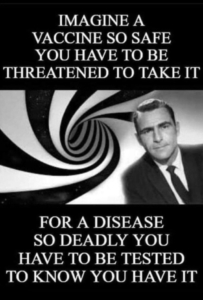 Subscribeto RSS Feed
New Variants do not Change The Equation. It Takes Government to Make Windmills and Hospitals Deadly
Scroll to top