In the Pre-Jab world rare things were, you know, rare.  It used to be quite unusual for perfectly healthy young people to drop dead, now it is a daily occurrence.  There are so many young people dying unexpectedly right now that life insurance payouts tripled in 2021.  To date no government has moved to address this Pandemic of Sudden Adult Death Syndrome.  Frankly I am surprised that we have not already been locked down while doctors grapple with this rather baffling problem.

OK let’s cut the shit.  You must be an Idiot to be confused by what is causing SADS.

It would not be unreasonable to describe me as a cynic.  When the COVID farce started I was under no illusions about the intelligence or morality of either politicians or journalists.  They did exactly what I expected them to do.  They lied to further a narrative that benefitted them personally.  A leopard can’t change its spots.  Politicians and journalists will not wake up one morning and be honest.

Even with my inherent cynicism I still held out hope that we could be saved by people I had more respect for; police and Doctors.  For some bizarre reason I still believed that police would protect the public and doctors would protect patients.  My illusions about the police were shattered when the first preachers were arrested.  The police in Canada are nothing more than armed enforcers for the government.  My respect for Doctors were similarly shattered by this farce.

Not only did I naively believe that doctors would protect patients, I actually believed that you must be smart to be a doctor.  That belief was shattered by repeated exposure to Drs. Bonnie Henry, Theresa Tam, and Deena Hinshaw.  Lavish praise from the media could not hide that these women are morons who do not understand science.  Thankfully I am here to help these doctors grapple with their twin nemesis of science and logic.  Below is my guaranteed 2 step plan for eliminating SADS.

Step 2 might not be palatable to the three stooges of Canadian medicine.  Thankfully it won’t dawn on them until after they are arrested. 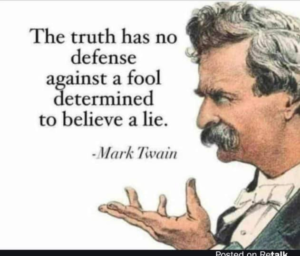