Joe Biden just went on TV to tell the world that the pandemic is over.  I would assume that means that the emergency is over.  In reality their never really was a public health emergency but just for fun let’s play along with this liberal lunacy.  For the sake of this mental exercise we must accept a few liberal fallacies as true.

So if we suspend all disbelief and accept the above we must conclude that COVID was an emergency but the emergency is now over.  This also means that anything we were forced to do under emergency authorization is no longer valid or enforceable.  You know things like getting a booster, which after nearly 3 years is still only approved for emergency use.

Obviously, without an emergency, the vaccines no longer have any sort of approval.  It follows then, that vaccine mandates which were technically illegal during the emergency are now unquestionably illegal.  Maybe someone needs to sit down and explain to New York mayor Adams that it is not just stupid to fire unvaccinated teachers; now it is illegal.

Mayor Adams is a democrat so there is no debate that he agrees whole heartedly with the 4 statements above.  So why does a true Biden believer like Mayor Adams still cling to his mandates?  Could it be that this was never about an imaginary medical emergency?

In 2020 the democrats needed an emergency for the election.  Now having an emergency hurts them for the midterm elections so viola, the emergency is over.  Who knew that viral outbreaks follow election cycles so closely?  Someone needs to study this and get back to Joe after his nap. 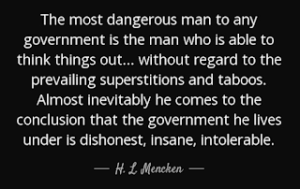