Unfortunately for Europeans most European leaders are not any smarter than Trudeau and Biden.  They idiotically hobbled their own energy production in a futile attempt to go green.  None of them achieved anything other than becoming dependent on Russia for energy.

Intentionally becoming dependent on a political rival for energy is stupid.  Believing you can then threaten and sanction them is beyond stupid yet that is exactly what these morons did.  Western Europe meddled in the Ukraine war by supplying arms to the Ukraine and then threatened Russia with Economic sanctions.  Putin retaliated by curtailing energy exports to Europe.

The net result was skyrocketing energy costs as winter approaches.  Countries like Germany had a choice to make.  Cut a deal with Putin or watch their people freeze to death this winter.  For weeks I was predicting that they would choose the former.  Western Europe would agree to drop sanctions and stop supplying arms to the Ukraine.  In Return Russia would turn the gas back on.  But as of yesterday that is no longer an option.  The Nordstrom 2 pipeline is no longer operational.

A deal with Russia now is unworkable.  Russia cannot supply Western Europe the gas that they need this winter.  The people behind Joe Biden want a war with Russia.  They were concerned that Europe would capitulate to Russia and the War would end.  Without weapons from Europe the Ukraine would have no choice but to pursue peace.  The failure of this line neatly fits US objectives so there is no way this was not sabotage.

The US is positioning Europe so that their best option for securing energy is to invade Russia and depose Putin.  The US navy strike on this line was an act of war by the US.  The media will work overtime to convince you that this was a strike against Putin, but is it really?  This hurts western Europe more than it hurts Russia and puts western Europe in a box where they no longer control their own foreign policy decisions.   From where I am standing this looks like the US just declared war on their own western European allies.  Henry Kissinger once said;

“To be an enemy of America can be dangerous, but to be a friend is fatal.” 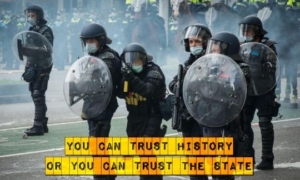