In my last 2 posts I have discussed Theresa Tam’s ridiculous claim that the Trudeau Liberals prevented almost 800,000 COVID deaths.  In both of my posts I pointed out that computer simulations comparing COVID deaths are useless for 2 reasons;

Usually I find I am a voice in the wilderness pointing out the obvious that no one wants to hear but this morning that is not the case.  I am not the only one who knows that Theresa Tam is a bold face liar.  This report rebutting Tam’s claims came out yesterday.

Remarkably they made the same 2 points I did.  Over the study period (up to May 14th 2022) Canada reported 40,684 COVID deaths but experienced only 22,500 excess deaths.  Somehow COVID killed nearly twice as many people than the number who actually died.  COVID truly is a fictional killer; much worse on paper than in reality.

They also found the claim of 800,000 deaths without vaccines and lockdowns to be ridiculous.  The authors point out that this paper was written by people who had previously claimed that the number could be as high as 1,000,000.  To show how ridiculous this claim is the authors produced a plot to show what deaths in Canada would look like if COVID really did claim 1,000,000 lives.

Does this scenario look realistic to anyone who did not vote for Justin Trudeau?  800,000 Canadian deaths would mean that COVID was 3 times more deadly to Canadians than the Spanish flu.  This paper written by our government is the most ridiculous piece of trash ever published in a scientific journal.  The claims are so outrageous that only Canadian media could believe them. 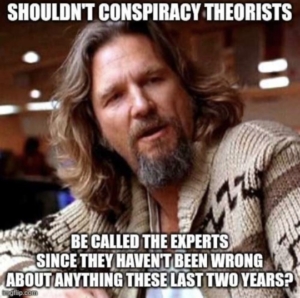