The video below is an interview done by Laura-Lynn Tyler Thompson.  I don’t know much about her other than my wife has found some of her videos interesting.  Laura interviews a man who is definitely not a Trudeau acolyte.  I don’t know him either.  The interview is rather long and you can see it here.

You’re Locked down, they are on Vacay! Plus BC Covid updates (rumble.com)

In the video her guest presents evidence that 3 Canadian government jets left Canada on New Year’s Eve.  Each jet found their way to a lovely Caribbean vacation spot.  Her guest speculates that Justin Trudeau was on one of the jets.  There are times when he gets a little tin foil hatty but these days the line between tin foil hat and reality is very thin.

Back benchers do not have access to these jets.  If these jets did leave Canada they were carrying Cabinet level politicians or senior bureaucrats.  The Prime Moron may or may not have been on one of these jets but there is no way he did not know about this.

Just another example of rules are for thee and not me.  No big deal right?  After all we have been inundated with stories of politicians flouting their own rules since the start of this Scamdemic.  Yes this is just business as usually.  You know what else is business as usual?  Journalists completely ignoring the bad behavior of politicians that they support.

These jets left 10 days ago.  Since returning (potentially) to Canada our prime Moron has taken the time to chastise Canadians that want to take a holiday.  Once more we are reminded that the new normal is 100% compliance with government and the media in Canada is ok with that.  It turns out you can buy a lot of silence with $600,000,000 of taxpayer money.

In Canada Journalistic integrity was bought by the government.  In The US they could not sell what they did not have.  What is going on in the US is truly astounding.  We are witness to a coup.  A successful coup of the most powerful nation the earth has ever seen is easily the biggest story of my lifetime.  Not only is the media ignoring the story of the century they are actively taking part in the coup.

The evidence of the fraud is overwhelming.  One state received 600,000 more ballots back than they mailed out.  Another state managed to count 200,000 more votes than were cast.  5 states changed the voting rules weeks before the election in violation of their own constitutions.  None of this was reported by the media.  It has all been uncovered by private citizens.

If a tree falls in the forest does it make a sound?  If a coup happens and the press says nothing did it really happen?

I know you are wondering what this has to do with covid.  This farce has been able to continue this long because of media fear mongering.  Ignoring government hypocrisy hardly smacks of quality journalism.  Ignoring a coup is taking part in a conspiracy and just plain evil.  We will never get back to normal as long as the dishonest, evil, media is able to sway public opinion.

Think about it; has anyone in the traditional media reported on the things I have found using the government’s own data?  Here is a list of things they have been ignoring

Ignoring this long list of rather important information is not a problem for a media willing to participate in a coup.  We will never get back to normal until people turn their damn TVs off 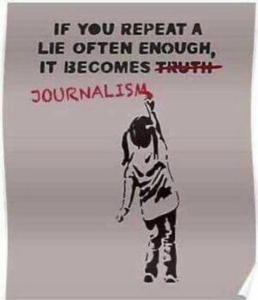 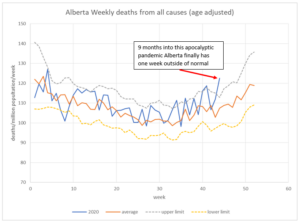 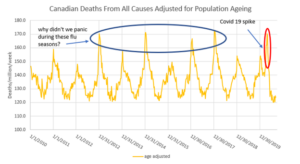 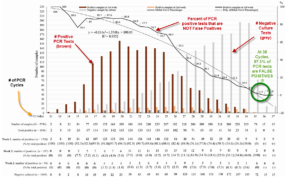 Subscribeto RSS Feed
I am a New Convert. I agree it is Time to Defund the PoliceCovid and 2020 Were Very Good For Billionaires and Communists
Scroll to top