There is a new poll out by abacus that finds a significant percentage of Canadians believe in conspiracy theories.  44% of Canadians believe that the big stuff that matters is secretly planned and executed by a small group of people.  The people at Abacus are quite concerned that all the tin foil hatters are poisoning our civil discourse.

That such beliefs correlate strongly with the instinct to mistrust what media report and what governments say –is a challenge that threatens all institutions that depend on an informed body politic and is like a poison affecting our civil discourse.

According to Abacus not trusting the media or the government does not make you a sceptic, it makes you a threat.  George Orwell could not have said it any better.  Apparently it has never occurred to Abacus that Canadians might not believe in conspiracies if polling companies like abacus were not so obviously biased.  Here is what Abacus had to say about conspiracies fueling vaccine hesitancy.

Only recently we’ve witnessed how a massive demand for the protection offered by Covid 19 vaccines fostered a strenuous effort by those who disbelieve government and media to deny the value of those same vaccines.

That is the central problem of this survey.  The survey starts with the assumption that all of the things the tin foil hat crowd believes are not true.  Where is the evidence that disproves any of it?  Just because you are paranoid does not mean that they are not out to get you.  People believe there are conspiracies at foot because the evidence simply does not support a benign explanation for much of what we see.  As Neil Oliver points out, at this point you must be stupid to believe that any of this is happening by accident.

Are we stupid? Or are we just being treated as if we’re stupid? Which is it? asks Neil Oliver.

I will admit that the tin foil hat crowd, of which I am a proud member, has difficulties with our current reality.  The difficulty stems with how tough it is to be sane in an insane world. 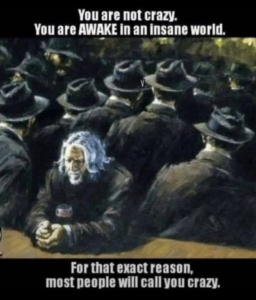 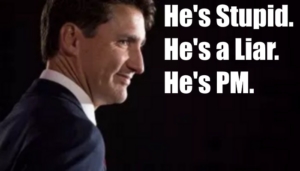