Why do media and western governments care so much about the war in Ukraine?  Unfortunately war even in 2022 is not uncommon.  The maps below shows countries that were at war before the Ukraine conflict began. 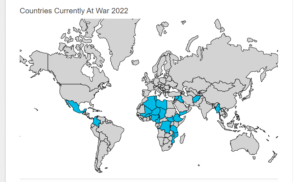 Mexico’s ongoing drug war has killed far more people than the Ukrainian conflict yet no one in the media is urging NATO to get involved.  So really what makes the Ukraine so special?  The only answer I can give you is Vladimir Putin.

The west caused this Ukraine war.  For 30 years we have been ensuring perpetual conflict between Russia and the Ukraine.  Any time the Ukraine got too close to Russia the west intervened to stir up hostilities.  War was inevitable and setting 2023 as a target date for Ukraine to join NATO guaranteed a war no later than 2022.

Quite obviously the west does not care about Ukraine or its borders.  Why would they?  The Klaus Schwab acolytes in charge of most western countries don’t believe in borders.  They believe in governance by appointed international bureaucrats like the ones in the WHO.  Intellectual midgets like Trudeau, Johnson, Macron, and Biden want to erase borders.  Their problem is that Russia and China have no desire to be ruled by such enormous nitwits.  You can’t have a global community when Russia and China still have borders.  The west views the Ukraine as an opportunity to remove Putin and Russia’s borders.

The media wants us to believe that the Ukraine is just the first step as Putin rebuilds the Soviet Union.  Despite Putin lamenting the collapse of the Soviet Union there is no evidence that he is trying to re-build it.  Putin intervened in the Syrian civil war but Syria is not now part of the new Soviet Union.  Syria is still an independent country.  They were a Russian ally before the civil war and they continue to be a Russian Ally not a client state.

Since taking power Putin has ruthlessly pursued policies that strengthen Russia.  Putin gets criticized because his personal wealth and his friend’s wealth have increased dramatically.  This is absolutely true but it is also true that life for average Russians has also improved under Putin. 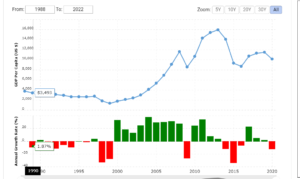 Russia is still a poor country but their % change in GDP per capita has been better than Canada’s over the same period.  Vladimir Putin always puts Russia first.  The moron running Canada calls this over nationalism and it is not compatible with globalism.

The west wants to get rid of Putin for the same reason that they wanted to get rid of Trump.  Both men put their nation’s interests first.  Getting rid of Trump was easy.  All that was necessary was for a few thousand people to cast, or create out of the ether, 81 million votes.  Getting rid of Putin will be much harder.  It might require sacrificing thousands of Ukrainians.  Sadly, this is not a problem for the globalists who value no lives other than their own.

Vladimir Putin is one of 2 big stumbling blocks for the globalists and he is the important one.  China is larger and more powerful but they are also more vulnerable.  China does not have enough domestic oil production.  If the globalists can get rid of Putin and control Russia’s energy production they can strangle China.  Contrary to what the environmentalists tell you, the world can’t run without oil.

President Xi of China presents the same problem for the globalists as Putin.  The WEF treats Xi like a rock star.  They believe he is all in on the great reset since the reset is global communism and China is already communist.  Klaus Schwab is in for a nasty surprise.  China might be communist but Xi is not a globalist.  Xi is a nationalist who puts China first.  Xi is smarter than the leaders in the west and he has been playing them for fools for years.  Canada’s Prime Moron loves all things communist and this is what he had to say about China in 2013.

“There’s a level of admiration I actually have for China. Their basic dictatorship is actually allowing them to turn their economy around on a dime and say, ‘We need to go green, we want to start investing in solar’.”

Trudeau said it so you know 2 things; it is not true and it is incredibly stupid.  China did not turn their economy on a dime and embrace solar.  China made a lot of money selling solar panels to stupid people like Barrack Obama but they did not embrace or use solar.  Coal and oil continue to be China’s main energy sources.  During the Paris Climate accords China pledged to increase CO2 emissions until 2050 and then start to curb them.  Sane analysts pointed out that this matched the do nothing forecast for China.  China promised to do nothing about CO2 emissions and morons like Trudeau applauded them for it.

Like I said China has been playing the west for fools or a very long time.  The Chinese must laugh about how easy we make it for them when we elect lightweights like Trudeau.  China has no intentions of seceding their borders to the west.  That is why they are backing Putin.  As long as China has access to Russian energy China will dominate the west through trade.

We are witnessing a dramatic shift in Geopolitics right now.  The globalists are backing the Ukraine because it is an opportunity to complete the great reset.  Countries like China and India who are not willing to erase their borders and national identity are backing Russia.  I have no desire to see any more Ukrainians perish as pawns in this proxy war between the globalists and the nationalists.  But I also have no desire to live in a world that the globalists control.  I will not be happy when Klaus Schwab and his friends own everything.

The western globalists are playing a dangerous zero sum game right now.  It is all or nothing.  They either get rid of Putin or they lose everything and I do mean everything.  They thought they could cripple Putin by kicking Russia out of the swift financial system.  This system allows countries to trade internationally using the US dollar as the base currency.  Kicking Russia off this system might have been a fatal mistake by Joe Biden.

This swift system is the only thing propping up the US dollar.  The US gets away with massive deficit spending because printing money does not hurt them as long as the whole world is using US dollars.  If other countries stop using US currency for trade there will be trillions of US dollars floating around that are worthless outside of the US.  Money is like any commodity when there is an oversupply the value goes down.  Forcing Russia and their allies to set up a parallel system that uses other currencies will ultimately devalue the US dollar.  The globalists have painted themselves in a corner and everyone will pay for their hubris. 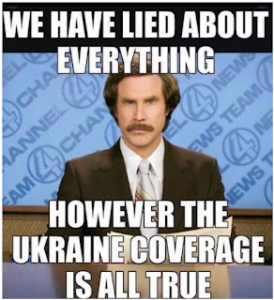 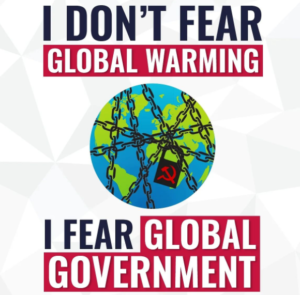