Vladimir Putin is teaching woke Western Leaders a hard lesson in what constitutes real power.  When Russia invaded the Ukraine we were told the west would cripple Russia with economic sanctions.  The senile pretender in Washington kicked Russia off the sprint system.  Russia could no longer sell energy for US dollars.  The media told us if Russia could not sell energy their economy would be destroyed in weeks.  I knew when this was announced that it would not work.

Kicking Russia off the sprint system does not keep them from selling energy it just keeps them from using US currency.  Russia does not need to use US currency and they were already working on their own system to sell energy in Rubles before the invasion.  That is something that you call planning; a skill not in the toolbox of western leaders but definitely something Putin is very capable of.

The thought that you could keep Russia from selling energy is stupid even by Trudeau’s standards.  Oil is a world market.  If NATO countries stop buying Russian crude they must buy it from somewhere else and there is nowhere else.  If they sign contracts with another country then countries who used to buy from that supplier will be forced to buy from Russia.  Natural gas is even more limiting.  It only goes where the pipelines go.  Western Europe has no choice but to pay rubles for natural gas because all of the pipelines start in Russia.  You play by Russia’s rules or you freeze.

Western leaders are self-righteous idiots.  They believe their environmental virtue signaling makes them powerful.  They were convinced the Russian military would crumble in the face of the west’s moral authority.  Wrong again; real power comes from guns and energy.  Russia has both in abundance.

Sadly Russia is using power that we gave them.  Putin and Xi have watched, no doubt with great amusement, as the west emasculated their militaries and hobbled energy infrastructure.  The west made themselves dependent on imported energy as they shut down drilling and reliable electrical generation.  All In the name of saving the planet from warm weather.

The west is now completely dependent on Russia for energy and China for manufacturing.  How stupid must you be to put your political adversaries in the driver’s seat like this?  Western money has built and continues to finance the Russian and Chinese military.  We may as well send people to load their weapons for them.

The current crop of western “leaders” are clinically brain dead.  No hospital would waste resources trying to preserve people with this level of brain function.  It is time to pull the plug on all these morons and find some adults to put in charge.  You could literally walk down the street choosing people at random and produce more competent governments. 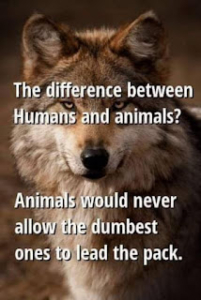