In previous posts I showed Pfizer’s own trial data proved the vaccines should never have been approved.  40% more people died in the vaccine group than in the placebo group but they did not die of COVID so the trial was deemed a success.  That is insane.  The Pfizer vaccine kills more people than it saves and it got approval?

I did not go in to detail on all of the trial data, something that the COVID Care Alliance has done.  A friend of mine sent me a video produced by the alliance that clearly shows how criminally fraudulent the Pfizer vaccine trials were.  You can go here

The Pfizer Inoculations For COVID-19 – More Harm Than Good –

To see the video.

The Pfizer vaccine is all pain for not gain.  It is debatable if it has any effect on COVID.  Pfizer did not test regularly.  They left testing up to the discretion of the researchers.  Officially they were to test only if the subject displayed symptoms of COVID yet they somehow failed to test more than 3,000 subjects that had symptoms.  This is more than 20 times the number of confirmed cases.  Pfizer claimed over 90% efficacy using data that cannot even be used to calculate efficacy.

One thing is certain from the data.  The Pfizer vaccine is not safe.  Not only did it produces more deaths it produced thousands of less serious events.  Events that are being systematically suppressed by government.  In the trial 70% of the participants reported some sort of event yet the Canadian government reports only .07%.  Our government wants us to believe that the vaccines are producing 1000 times fewer events in the general population than they did in the trial.  This is simply not possible.

The Pfizer data squares with my own personal observations.  I know many people who have taken the vaccines.  Most of them had some sort of event ranging from mild to severe.  With a brand new medication even the mild events need to be documented.  We have no way of knowing if that event was truly mild or a harbinger of some serious future event.  5 years from now this data could be very important and we are not even collecting it.  We are not even documenting the severe events.  I know of 2 deaths, one almost certainly from the vaccine and one where the vaccine was a significant contributing factor.  Neither of these deaths was investigated.

Events and deaths are being systematically under reported.  In previous posts I have shown data from Euromomo that clearly shows deaths spike for each age group right after vaccinations begin for that group.  This doctor took the time to run the numbers and found that vaccine deaths are being under-reported by a factor of 20.

Jesse Santiano M.D.Don’t Get Sick!Vaccine-induced deaths in the US and Europe are way higher than the CDC reports! (drjessesantiano.com)

The Vaccines are now killing at a rate similar to the virus with one big exception.  Not everyone will get COVID but if our governments get their way everyone will get the vaccine.  If this was just one and done it would be bad enough but we have years of boosters ahead of us.  Australia, the Netherlands, and Canada have pre-purchased booster for the next 7, 6, and 5 years respectively.  Even if we stopped now the deaths will not stop.  20% of the myocarditis victims can be expected to die in the next 6.5 years.  Our governments are killing their citizens and they have no intentions of stopping because as Dr. Malone points out this is not about the vaccines.

Dr. Malone on the #GreatReset: "They're proud of it. They don't hide it. This is the vision. This is a full-on globalist totalitarian vision with the money and control…this is not about the vaccine." pic.twitter.com/lLyqq16on8

To our governments the vaccines are a means to an end.  They are not trying to end the pandemic.  Their objective is to end human rights and usher in the great reset.  Our leaders do not care if hundreds of thousands die from the vaccines to achieve that goal.  To them we are all just collateral damage in the war against liberty.  We are in an undeclared war, don’t you think it is time to fight back? 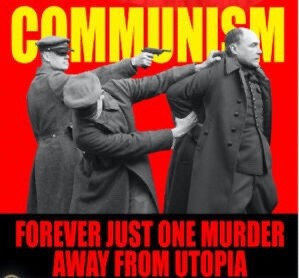 Subscribeto RSS Feed
Omicron is not a Pandemic of the Vaccinated it is a Vaccine Pandemic We finally have a Health Emergency and the Media is ignoring it.
Scroll to top