I had intended to discuss something different today but my plan changed when I came across an incredible article on the history of small pox vaccines.  While researching COVID vaccines I have also found information on vaccines in general.  On November 3rd 2022 I posted a TED talk discussing how not all vaccines are beneficial.  Some lead to overall negative health impacts.

To open the talk the researcher showed the history of some infectious diseases.  Most infectious diseases were declining rapidly due to improved hygiene and nutrition long before vaccines were invented.  Incredibly when you look at the entire history of these diseases it is hard to see any benefit from the vaccines.  This is something that gets ignored in our modern pill heavy society.  The Terrain really does matter something I discussed 16 months ago.

The reality is that Plumbers and sanitation workers have saved far more lives than doctors.  Just as we see now with the freedom convoy it is blue collar workers that make our safe prosperous world possible.  For some strange reason this is a lesson we forget and need to re-learn repeatedly.  The exact same thing happened more than 100 years ago with small pox.

Small Pox was a serious problem for every country in the world for centuries.  It was found in a 3000 year old Egyptian mummy and since 1900 has killed more than 300 million people.  Unlike COVID a small pox outbreak in a community really was an emergency.  Despite the enormous difference between the lethality of small pox and COVID the government response to both diseases has been remarkable similar and it goes like this.

During this all too familiar farce there was a counselor for the city of Leicester who convinced the city to try a different approach.  The city stopped vaccinating, quarantined and treated sick people, while improving overall city sanitation.  He was attacked for not following the science but guess what happened; small pox largely disappeared in Leicester.  30 years later newspapers were still predicting impending disaster because Leicester was not following the science.  Like every COVID apocalyptic prediction it never happened.  The city of Leicester is still waiting for the small pox disaster.

This article is incredible.  Please take the time to read it and everywhere it says small pox substitute COVID.  After that come back and tell me you don’t support the freedom Convoy; I dare you.

“Those who fail to learn from history are doomed to repeat it.” 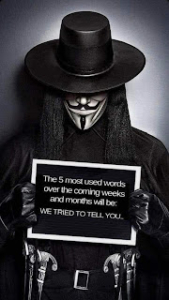 Subscribeto RSS Feed
My letter to Blake Richards, Member of ParliamentThe default position should have been the opposite of what Government wants
Scroll to top