Tucker Carlson has the number one news/opinion show in the US.  He is the sole reason FOX news is considered right wing.  Initially, FOX attempted to bring a right wing perspective to the news.  Overtime FOX drifted left.  Just like every other media outlet.  I have discussed this before.  All media and government will drift left with time.

Right leaning people do not aspire to careers in either media or government.  As your organization grows you will have no chance to remain right leaning.  You simply will not be able to hire enough sane people.  If you want to remain right leaning or even objective you must stay small.  This is very convenient for the left leaning media behemoths.  They can always dismiss any objective reporting as “fringe”.

So why does Tucker Carlson even exist on FOX?  Quite simply Tucker got too big to fail before he could be silenced.  Tucker has such a large audience that he cannot be easily silenced.  The same is true of Joe Rogan.  Joe Rogan quietly became the most popular Pod cast host in the US.  The left desperately wanted to muzzle him so Spotify offered him $100 million dollars.  Undoubtedly, the thinking was when you own him, you can control him.  So far that has not worked for Spotify.

Unlike Tucker Carlson Joe Rogan is not particularly right wing.  The Left considers Joe Rogan dangerously right wing because Joe is willing to discuss information and opinions that do not always support leftist ideology.  Joe just will not stay on script.  Leftist ideology cannot stand up to any scrutiny so staying on script and contorting language is essential.  The left finds this very easy to do with 99.9% of the media.

One of Tucker’s monologs last week was very problematic for them left.  He was not even speaking his own words.  He opened his show by simply reading the twitter posts of someone else.  I don’t know who this person is but I do know one thing about him (her?).  He does not know how dangerous and forbidden the truth is.  Tucker Carlson is one of the few people in the world with the power to read the truth on air and get away with it.

Tucker Carlson Reading @martyrmade's Viral Thread On Why So Many Trump Supporters Have Questions About The 2020 Election & Their Distrust Of The Mainstream Media pic.twitter.com/HY6MECgd3s

I like how it ends.  “That is true and every honest person knows it”.  I have discussed this before; it is impossible to believe that Joe Biden was fairly elected.  Joe only won where he had to.  Mail in ballots counted in the middle of the night, by a skeleton crew of trusted followers, gave him those victories. 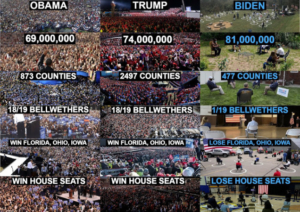 Joe Biden could not have won without mail in ballots and the last minute, unconstitutional, rule changes that allowed them.  None of this was possible without the manufactured threat of COVID.  This entire narrative is built on lies.  All of these lies can be linked back to China.  China with the cooperation of the American bureaucracy engineered a coup on the most powerful nation the earth has ever seen.  This is the biggest story in my lifetime and no one in the media is investigating it other than Mike Lindell? 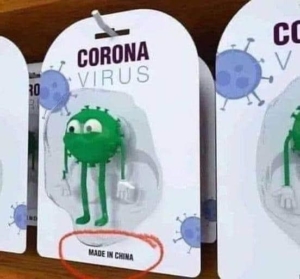 Not only are the compliant media not investigating, they are casting blame on their favorite villain, Vladimir Putin.  Suddenly we have multiple hacks that we are told originated in Russia.  Isn’t that convenient?  Elections audit results are about to be released.  One of the things that they found is that someone with administrator privileges did access voting machines on election night.  The media is already conditioning us to believe all computer hacks originate in Russia rather than China.

Are you tired of being led around by the nose by these dishonest hacks?  They did the exact same thing before the election.  Multiple media outlets interviewed “experts” who all explained that polls showed democrats were more nervous about COVID than Republicans.  We were told this could be used to predict voting behavior.  Trump would lead early.  He would carry the in person voting but by the next morning, after counting the mail in Ballots, Biden would be the winner.

Did you get that?  They went on national television and explained exactly how they would steal the election.  Biden would win through mail in ballots counted at night when few people were watching.  They repeatedly hammered this conditioning message home so that people would accept that Biden would win once the mail in votes were counted.  Biden won and every one accepted it.  The bell rang and all the dogs salivated just as they had been conditioned to do.

At first I thought that COVID would disappear when Trump did.  Obviously COVID is part of a larger plan.  Getting rid of Trump was only the first step.  The problem the planners face now is the narrative is starting to unravel.  People are looking at China with a jaundiced eye and increasing numbers think the US election was fraudulent.  The media was again given their marching orders.  Pivot the focus off China and the election back where it belongs; Vladimir Putin.

Vladimir Putin is an all-purpose villain for the media.  Much like Trump he is not afraid of ruffling the delicate feathers of the media.  Putin is, without a doubt, a heavy handed Tyrant.  How does that make him any different than politicians who stripped us of our rights for 17 months?  In the last year in Canada Christians, journalists who won’t follow the script, and opposition politicians have been imprisoned.  But I only need to be concerned about Putin, right?  I know this because our State funded media told me so.

There is one thing that the media never reports about Putin.  He is very popular.  I have been in the old Soviet Union.  They love Putin.  Putin is seen as strong.  Eastern Europe and Asia value strength.  Both Putin and Biden are corrupt and heavy handed.  Aside from Biden’s senility, there is only really one difference between the two men.  I have no doubt Putin was democratically elected.  He doesn’t need a manufactured pandemic and mail in ballots to win an election. 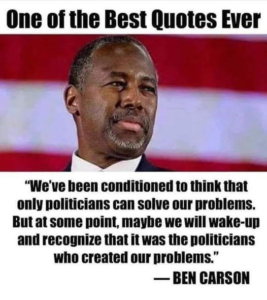 Subscribeto RSS Feed
Judges, Destroying Society One Ruling at a TimeChanging the Definition of Disease
Scroll to top