In The US, Jen Psaki stopped short of declaring herself the single source of truth.  She was, however, quite open about eliminating any competing source.

Face book and the other Tech giants don’t just cooperate with government.  They are so entwined with government you can’t tell where one stops and the other starts.  There is a constant flow of people back and forth between government and Silicon Valley behemoths.  Tech giant employees leave to work in Government.  Retired politicians leave to join the tech Giants.  The former Danish Prime minister now works for Facebook.  Here she is explaining that Facebook has to censor in order to balance freedom of speech with other human rights.

“Free speech is not an absolute human right,” says Helle Thorning Schmidt, member of Facebook’s Oversight Board and former PM of Denmark. “It has to be balanced with other human rights.”

How does that translate to content moderation? It must strike a balance, find a middle. pic.twitter.com/E5reaQ2bnk

The UN has a universal declaration of human rights that most countries including Denmark agreed to.  Nowhere in that document is there any discussion about having to balance freedom of speech with other rights.  Freedom of Speech is covered by article 19, that I have reproduced below.

Everyone has the right to freedom of opinion and expression; this right includes freedom to hold opinions without interference and to seek, receive and impart information and ideas through any media and regardless of frontiers.

That seems very clear to me, I would think that Facebook falls under the category of “any media”.

Jacinda Ardern, Jen Psaki, and Helle Thorning Schmidt like to talk about human rights but none of them believe in human rights.  They don’t even know what human rights are.  These women are at the highest levels of government and they are not the exception.  They are the rule.  Very few politicians in the western world believe in Human rights.  If they did we would not be talking about vaccine passports. 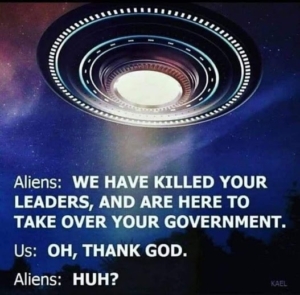