In Previous post I have discussed how small island states that can control their borders had success controlling infections.  Unfortunately their success can only ever be temporary.  There simply is no way to keep an airborne virus out.  That was the case with New Zealand and now we are seeing the same thing in Taiwan where 60% of the population has been boosted. 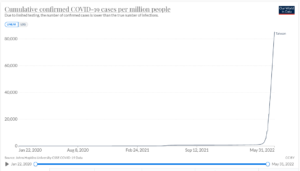 In a span of only a few days 8% of Taiwanese have been infected.

Taiwan closed their borders very quickly in the spring of 2020.  The Taiwanese have a healthy distrust of China so they did not believe the Chinese when they claimed no human to human transmission.  When China said don’t worry the Taiwanese did the opposite.  They even tried to warn the rest of the world but everyone chose to believe Communist China primarily because most western leaders are closet communists.

Initially it looked like the Taiwanese approach worked and Taiwan was held up as a shining example of how effective Non Pharmaceutical Interventions (NPI) could be.  All you had to do was shut everything off and you would be safe.  The reality is that whether or not you trust China makes no difference.  You can run but you can’t hide.  All Taiwan did was postpone the inevitable and that came at the cost of economic destruction.

Lockdowns (NPIs), Vaccines and vaccine boosters do not work.  How many more example do you need?  I can, however think of one NPI that I think we should try.  We could sacrifice politicians to the COVID gods.  We would still have COVID but far fewer problems overall and a win is a win, right? 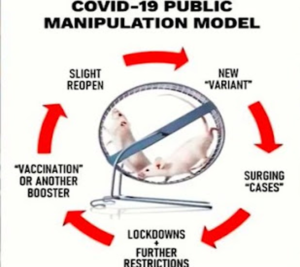