I have learned a lot of things over my life.  One thing I learned a long time ago was that most people do not think like me.  To me facts matter.  I don’t care what others say I care about what the data tells me.  I used to think this was normal until I advanced in my career and was asked to supervise other engineers.  That was eye opening for me.  What I discovered was that even the majority of Engineers don’t use logic and analysis to form their opinions.  They just go with their gut, the same thing that guides most non engineers with their decision making.

Following our gut has gotten us in this mess because most people’s gut tells them to follow the herd.  We are after all a herd animal; humans have always lived in communal groups.  Unfortunately politicians understand and use this.  They know that they can’t do anything without first manufacturing the appearance of a consensus.  In our modern society with ubiquitous mass media this is far easy than it should be.

Take lockdowns for instance.  They had never been done before and had virtually zero chance of success but the government, for their own selfish reasons, wanted to enforce them.  The key as always is simply to make people believe that the herd supports lockdowns.  The government started the ball rolling by putting self-appointed “experts” on TV telling us that lock downs were the only answer.  Then the government turned their media acolytes loose.  The media “randomly” found people on the street to interview.  These people offered their opinion that if the experts say jump, we should jump.  These stories were immediately re-posted on Facebook and viola, in less than a week lockdowns became essential.  Not only that “everyone Knows they work”. 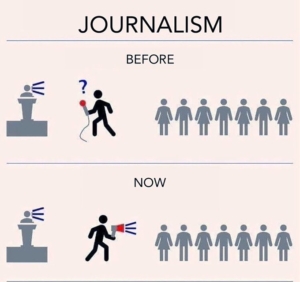 That is what makes this so difficult.  To most people facts don’t matter, consensus does.  Most people are hardwired to go with the flow.  For more than a year now I have been presenting facts even though I know it is hard to reach most people with facts.  Hey, I gotta be me, this is how my brain is wired this is how I think.  So I realize that my facts won’t convince a lot of people but what has always bothered me is that you don’t need a lot of facts or analysis to know what is happening is wrong.  I have a friend who is not as technical as I am but he laments the same thing.  He does not need to do the math to know that things do not add up.

So this has been a very long introduction to explain that today my post will be different.  Today I am not going to appeal to logic.  Today I want you to use your gut.  I found this great article written by someone whose gut is telling him this is wrong.  Please take the time to read.

You don’t really need a lot of science to know that the whole COVID narrative is wrong.  You don’t even need a lot of soul searching.  As Neil Oliver points out simple pattern recognition is enough to tell you this is not right.

Neil Oliver: World leaders think the unvaccinated are 'next door to idiots, racists and misogynists.'

We can turn the herd around as soon as each member of the herd understands just how many people are really questioning this. 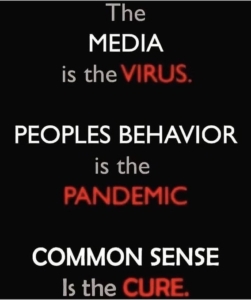 Subscribeto RSS Feed
It took 2 Years, 3 Jabs, and Multiple Lockdowns but People are Finally Waki...Omicron might just save Democracy
Scroll to top