I have mentioned this before.  The thing that scares me the most right now is that so many politicians are acting as if they know they will never need to face the voters again.  Jason Kenney is a perfect example of that.  Just 2 years ago he romped to victory in Alberta with a huge majority government.  He did this after merging 2 political parties to form the United Conservative Party (UCP).  His COVID policies have made him and his party so unpopular that they will never win another election.  In 2 years he destroyed the party that he help found and his political career.  Like most politicians Jason has never had a real job and has no marketable job skills.  He will be unemployable after the next election and he does not care; why is that?

On the surface b) seems like it could be better for Albertans.  In that case we could still have elections and get rid of the biggest mistake we have ever made.  Unfortunately there is a bit of a fly in that ointment.  If there are people bribing Jason now what would stop those people from simply bribing the next person?

So which is it?  Is Jason a megalomaniac determined to be the first King of Alberta or is he simply a run of the mill, corrupt, politician who accidentally found himself in the right place at the right time?  Well according to the Alberta Lobbying Register answer b) is probably correct.  In the weeks leading up to the March 17th 2020 lockdown Jason met with Pharmaceutical companies 5 times.  Since then he has met with Pharmaceutical reps almost weekly.  You can see the visitor logs documented in the article.

These are not social calls.  Pharmaceutical companies pay lobbyists to meet with government to lobby for laws that make it easier and more profitable to sell drugs.  What could all of these people have to discuss with Jason Kenney?  Most pharmaceuticals in Alberta must be paid for by the individual or by private insurance and Jason is not purchasing the vaccines; the federal government is doing that.  The only thing that Jason can do that can help pharmaceutical profits is to ban cheaper alternatives and enforce vaccine mandates.  Since Jason has done both of those things I would say that the lobbying efforts were highly successful.

The Pharmaceutical companies obviously got what they wanted, so why all of the repeat visits?  Are the Pharmaceutical companies worried Jason might waver?  Do they think he needs constant encouragement or are the meeting simply necessary to delivery payments?  Once again, my money is on the money.  They do not need to worry about Jason wavering.  Jason has never indicated that he is uncomfortable with evil and is incapable of thinking for himself, which is evident in the short interview at the start of the article.

The article starts with a clip of an interview Danielle Smith conducted in November 2020.  I confess I did not listen to the interview at the time.  Danielle Smith’s political blunder that handed the province to Rachel Notley for 4 years had tarnished her reputation for me.  It is not really fair to lay that entirely at her feet and in the years since she has established herself as possibly the only honest journalist in the Province.

To me the most interesting piece of this article was that interview clip.  I did not need the interview logs to know that money must be changing hands.  People, especially politicians, do things primarily out of self-interest.  Unlike many other politicians, Jason’s COVID policies never helping him in the polls; there was obviously some other consideration.  I find the clip interesting because in less than 5 minutes Danielle very politely exposed how remarkably stupid Jason Kenney is.

I have long accepted that Jason Kenney is evil but it seems I gave him too much credit for being intelligent.  Boy, was I wrong.  The stammering idiot in the interview has dispelled that notion.  Jason admits he knows the PCR test is unreliable but we still use it because he does not want to upset people he considers to be smarter than him, and the list of people smarter than Jason is very long indeed.

Jason is quick enough to realize that Danielle Smith knows way more about COVID than he does so to salvage his reputation he claims that he reads a lot about COVID on the weekends.  All of that reading does not seemed to have help but it does give me rise to other questions.  Why is he doing all the reading on the weekend?  What could he possibly be doing all week?

Anyone with even an average intelligence understands that the most important thing facing Albertans right now is our failed response to COVID.  There is no other issue that even comes close.  COVID restrictions have devastated our economy, destroyed rule of law, and impacted every Albertans’ lives.  What the hell is he doing with his time if he is not focused on COVID?

Smart people can ignore all of the noise and quickly get to the root of the problem.  Jason Kenney is obviously not smart.  Jason Kenney is unfit to lead this province.  He is stupid, evil, and quite likely corrupt. 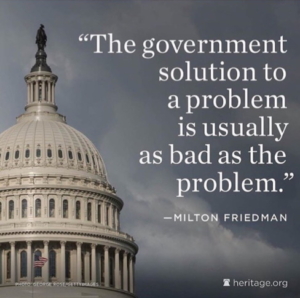