I found this video a couple of days ago.  It was very encouraging to see that even left wing lunatics are starting to understand the real root of the problem.

Wow. @bariweiss is spot on… it is indeed a "pandemic of bureaucracy" pic.twitter.com/bo2Gs7iHQI

The only thing she got wrong was that the science has not changed that much in 2 years.  2 years ago the science was already clear that we should not have done any of this.  That’s what makes it so criminal.  The left is making excuses now for their previous inexcusable behavior.  That is OK with me.  I will still take the win.  Even normally dopy and docile Canadian Journalists are starting to see the light.  This column is by Licia Corbella.  I have previously bestowed the honor of COVIDiot of the week on Licia for her moronic coverage of this manufactured emergency, now even she is coming around.

It took 2 years but we are finally discussing the real problem.  The sorry state of health care in Canada.  The same reason is given for everything.  Masks, lockdowns, and vaccines are critical to protect our health care system.  This is 100% Bat shit (or bat virus) crazy.  The point of a health care system is for it to protect us not the other way around.  Why do we pour billions every year in to a system that we cannot use when we need it?

There are 2 reasons that the capacity issue has not been addressed.  Licia points to the first one.  There is simply too much inertia in the system due to the incredible mass of our bloated health care Bureaucracy.  Why does Canada need 20 times per capita as many Health Care bureaucrats as Germany?  This problem of bloated bureaucracy permeates every aspect of Canadian Government.  Our governments are simply too large.  The real Canadian legacy is that Canadian taxpayers pay for Cadillacs and receive only a used Lada.  Too much of our taxes go to salaries of people who do nothing other than get in the way.

So reason one is just incompetence that is endemic to a bloated Bureaucracy.  Incompetence is painful but easy to fix.  We have not done it because of Reason two.  There has been no attempt to streamline and add system capacity because our government is getting the result that they desire.  Reason two is naked self-interest and unadulterated evil on the part of our leaders. 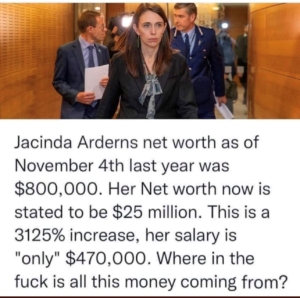 I have been saying this for months now.  Money must be changing hands.  Why else would they be doing this?  Most people do not want to believe that our politicians would intentionally hurt others for their own personal gain.  I don’t know why they cling to this belief after 2 years of tyranny.  These people are sociopaths.  They are not bothered that their pursuit of wealth has killed people.  They believe those people to be beneath them and as such are expendable.  Incredibly they are not even shy about saying that out loud.

SHE KNOWS THIS IS ON VIDEO RIGHT?
pic.twitter.com/i6CUu0V79C

The people behind this tyranny are firm in their belief that they are elite and therefore superior to us.  To them our sole purpose is to serve them.  If some of us die in that service then so be it.  It is time to remind all of these sociopaths that all men are created equal and that it will be hard to spend their new found fortune in prison. 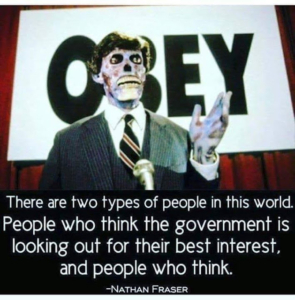 Subscribeto RSS Feed
Another trial proves Ivermectin to be the Superior Choice.The only reason to take a COVID Vaccine is because your Government wants you...
Scroll to top