Professional athletes are fit and young.  They are the least likely group to die of anything.  At least they were before the COVID jabs.

How the hell can people continue to ignore this?  Athletes collapsing in the middle of play used to be rare now it happens multiple times in the same game?

Don’t worry though.  The league has issued a statement telling you what you just witnessed with your own eyes really did not happen. 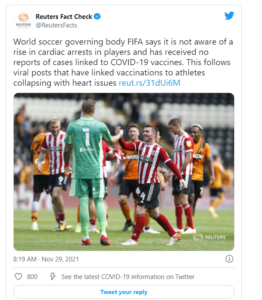 Talk about gas lighting.  The league wants us to believe that thousands of people in the stands and millions of people watching the live broadcast did not really see what they saw.  I guess they have run out of excuses.  They have been reduced to a child yelling “did not”.

These young athletes are injured or dead because of their government.  Following government edicts leagues have instituted vaccine mandates and the results have been deadly.  But they took the vaccines willingly right?  Yes it was their choice.  They could get vaccinated or they could lose their income.  Not exactly free will.

All of these people died because of government.  Governments are committing murder in front of millions of witnesses and we are told that it didn’t really happen.  The Nazis were fools.  They went to great lengths to hide what they were doing.  I don’t know why they bothered.  They could have loaded bodies in ovens in front of cameras and the media would have told us they were making pizza. 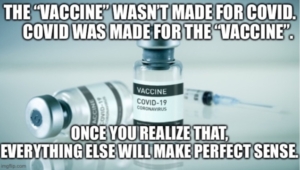 Subscribeto RSS Feed
Stupid Journalism is just as deadly as Dishonest Journalism.Vitamin D, the only COVID Vaccine Without Side Effects.
Scroll to top